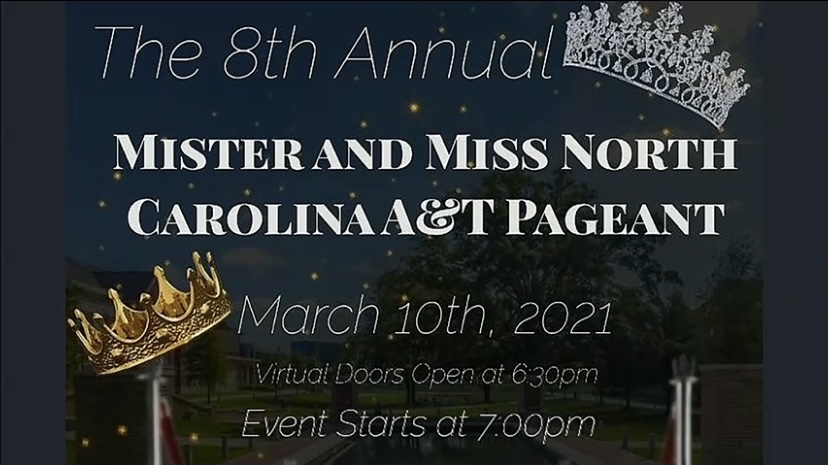 Under the Caldwell Administration, the video software, Hopin,  allowed the audience to participate in a live chat during the streaming. The pageant took place at the Harrison Auditorium; Michael Bivens, sophomore kinesiology student, was the Master of Ceremonies.

For the opening number, the candidates dance to the “Black is King” soundtrack. There are three competitions within the pageant that allows finalists to showcase their personality. In order, the pageant had an oratory competition, talent competition, and evening wear competition.

During the oratory competition, there were technical difficulties with the candidates’ body mics. The live chat brought it to the attention of the production team and they decided to pause the pageant until it could be fixed.

After a lengthy pause, the production team opted the body mics for a handheld microphone. Closing the pageant, Brenda Caldwell, SGA president thanked everyone who participated in the pageant and introduced the current Mister and Miss A&T to sing the school’s Alma Mater.

The following students became finalists in the Mister and Miss A&T Pageant: