Women’s History Month: Aggie Women Who Are Making a Difference in the World 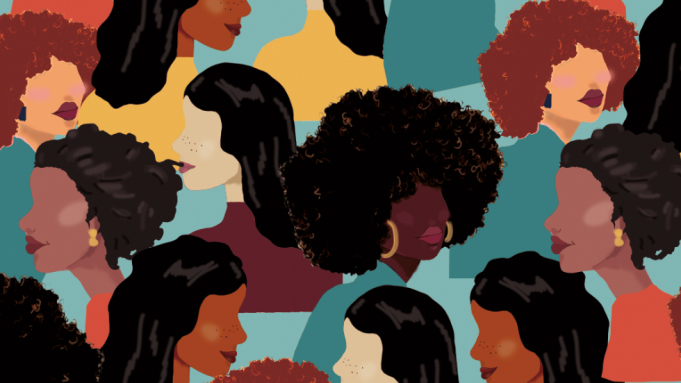 March is the month to honor women across the country. Originating in the 1980s, Women’s History Month celebrates the many tremendous impacts that women have made in American history.

The women featured below are alumni of North Carolina A&T State University and have made an impact not only in the Aggie community but in their own individual communities nationwide as well.

Drennan “Tuffi” Rhyne Paylor is a 1993 graduate of North Carolina A&T. Paylor received her B.A. in Speech and Theatre Education and is recognized by the university as the only student to ever do so.

She currently works at Dudley High School where she is the school counselor, the early college academy facilitator and the service learning coach. Paylor is very passionate about giving back to the world and encourages her students to do the same.

Paylor loves and enjoys theatre and the arts. While at North Carolina A&T, she was a member of the Richard B. Harrison Players. There she made her big debut under the direction of Dr. Franky Day in the production Brown Silk and Magenta Sunsets by Woodie King.

She began teaching in 2005 as the theatre and journalism teacher at Dudley High School. Within her first 3 years of teaching, she and the Dudley High school Theatre Department received recognition for best ensemble performance and performed at the state level in the North Carolina Theatre Conference.

Between 2005 and 2011 under her direction, Dudley High School won over 20 awards for acting, costume design, directing and ensemble. She thoroughly enjoyed teaching students. She became a teacher to help students fulfill their goals and dreams.

“I knew there was no money in teaching school,” Paylor said. “But the joy you get when you see that student graduate in four years after thinking they weren’t even going to come to class the next day and the joy you get seeing them walk across the stage and hearing them say I wouldn’t have made it without you is payment in itself.”

Impacting the lives of her students was her passion, but she was not satisfied with only reaching the 90 students she had in her class each day. In 2011, she became an organizational facilitator at the school. This position allowed her to interact with more students at the school, however, she was still not satisfied.

In 2014, Paylor took the position of school counselor. This position allowed her to work with the entire freshman class as well as the early college academy students. In total, she works with about 700 students each day.

“When things fall into place without any effort at all, that’s what you are supposed to do,” Paylor said. “ That is God opening doors and setting you up for greatness and increase.”

After 16 years, Paylor is planning to leave Dudley to begin her new journey with Guilford County Schools as the Supervisor of homeless services and community support. She lives by the motto “service above self” and hopes to give back and make a difference in the lives of those around her.

Dr. Nicole D Price is a 1998 alum of North Carolina A&T where she received her B.S in Chemical Engineering. Dr. Price is the owner and CEO of Lively Paradox, where she works to train people in the leadership skills they need to be successful.

Price began delivering speeches at an early age—giving her first presentation at just 5 years old to a crowd of sleepy church members. Nonetheless, by the time she was finished, she received much applause and recognition.

After graduating from North Carolina A&T, she pursued a career in the chemical engineering industry. Beginning in 1998 as a process engineer for Hallmark Cards, Inc., Price worked her way up the corporate ladder into some of the company’s leadership positions.

As she reflected on her experience, she decided to take a different route in life. The leadership skills and experience she acquired while working with Hallmark Cards, Inc. inspired her to do so. She wanted to share these skills and opportunities with others so they too could be successful leaders in their careers.

Price launched her business Lively Paradox in 2016. She and her colleagues are able to help people with leadership competencies and teach the principles to technical professionals. The goal is to help people develop strong leadership skills through various training workshops and programs.

Dr. Price enjoys providing leadership training and opportunities for those seeking to strengthen their leadership skills. She has even written a book to encourage people that good can come from even the worst unthinkable circumstances.

“I am writing this book because I have healed, overcome my share of the unthinkable and I have done so while showing up for work in powerfully engaged ways,” Price said. “I think there is something to learn from that and from other parts of my path as well.”

To learn more about Price, acquire her services or to purchase her book, you can visit her website.

Evianna Ross is a 1991 graduate of North Carolina A&T with a B.A. in Public Relations. Ross has dedicated her life to supporting and encouraging the youth of her community by providing education and economic opportunities through her nonprofit organization, The Sparrows Nest, Inc.

In October 2008, Ross launched The Sparrows Nest, Inc. at Claremont Courts, a public residential community in Greensboro. She and the program participants met once a month and they were provided free programs such as ballroom dancing, sculpting, culinary arts and public speaking engagements for the youth in four of the largest public housing communities in Greensboro.

Although Ross loved what she did, she felt that meeting only once a month was not enough. So, in 2010, with the help of some educators, 50 middle and high school students were selected to be members of a leadership program called the Chosen 50.

The Chosen 50 taught the students many essential life lessons and skills such as developing their own small businesses, developing political campaigns, creating stock portfolios and learning how to purchase their own homes and cars.

The Black Suit initiative provides these young men the opportunity to learn and gain interpersonal skills that will prepare them for the future. At the completion of their first year, the boys earn their own full suit. They then have the opportunity to remain in the program until they graduate from high school.

Since the initial launch, the Black Suit Initiative has touched and reached many school-aged boys. Ross has dedicated her life to providing opportunities for these young men and encouraging them to defy all odds that are against them.

Those interested in joining the program should be on the lookout for an application in May. Visit the website to learn more about the Sparrows Nest, Inc and the Black Suit Initiative. You can also visit the program’s Instagram and Facebook pages to stay up to date.

Domineek “Dom” Brooks graduated from N.C. A&T in 2016 with a B.S. in Management Information Systems. She currently works as a product lead for Webex at Cisco.

Brooks began her tech journey with Cisco during her junior year of college. In May 2016, she was hired as an operations business analyst intern and has matriculated in the company for the last five years.

Along with being a product lead at Cisco, Brooks has managed the social engagements for the Raleigh Chapter of Cisco connected Black Professional for the last two years. Each year she has helped plan and organize the company’s Annual Black History Month Scholarship Gala.

The gala not only celebrates the Black talent at Cisco but also raises funds to award Cisco’s HBCU scholarship. The scholarship awards an HBCU student aiming to pursue a career in technology. Over the last two years, the company has been able to raise $20K in scholarships.

Brooks finds inspiration from the women in her life. She hopes to one day inspire other younger girls who are interested in tech to pursue their dreams.

“A lot of girls express concerns about the lack of representation in their field,” Brooks said. “They [feel] they wouldn’t be taken seriously and their own lack of confidence.”

These women all have made a tremendous impact in their communities in their own ways. Each of them aims to leave lasting impressions on everyone they come in contact with.