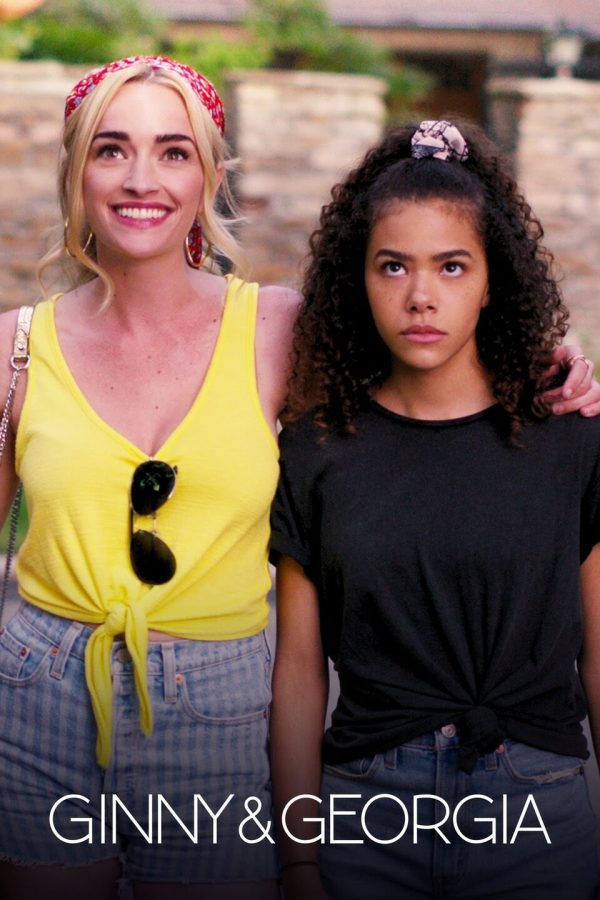 Ginny & Georgia is a Netflix original series that premiered on Feb. 24. The show centers around a mother and daughter named Ginny [Antonia Gentry] and Georgia [Brianne Howey]. The duo, along with Georgia’s younger son, move to a new state in search of a fresh start.

I give the show a five star rating. I just do not like the fact that there were only ten episodes. I craved more after finishing the final episode. Other than that, Ginny & Georgia is definitely worth the watch. This show is very diverse which is something I was happy to see. It kept me intrigued the entire time and I hope the show will be renewed for season two.

This show is determined to keep you interested and experiencing different emotions. Ginny & Georgia brought comedy, lots of drama and life lessons to television. I recommend this show to everyone, especially teenagers. I love how the show highlights important topics such as peer pressure, colorism, self-harm, relationships and more.

My favorite character is Georgia [Brianne Howey] because she is the kind of woman that takes charge. A single mother willing to take care of her children by any means necessary while dealing with past trauma that haunts her. I admire the confidence she expresses throughout the show. A gorgeous, humorous and carefree character.

Brianne Howey was the perfect fit for the role. She effortlessly gave the show her all and her portrayal of Georgia drew me in from the very first episode. Her witty and charming personality is the reason people love and hate her.

Ginny is a teenager desperately trying to fit in and navigate her way through high school. I liked her character at the beginning but suddenly she became annoying. Her constantly giving her mother a hard time irritated me.

I understand that she got frustrated with certain things Georgia did and wanted things in the new town to be different, but at times she came off as ungrateful and inconsiderate of other people’s feelings. Any little mistake Georgia made was criticized by Ginny. Her selfish behavior rubbed me the wrong way.

Although I became less fond of her character, Antonia Gentry did an amazing job portraying her.

My second favorite character is Maxine [Sara Waisglass]. I love the way she welcomes Ginny to town with open arms. I admire how bold and courageous she is.

Her personality is like none other. On top of that, she is a really great friend. Sara Waisglass was the best cast for this role. I would love to see her in other productions.

This show had some revealing secrets and plots that were shocking, but nevertheless those were the things that kept me interested. The way the season ended, I can definitely tell there is going to be another. If there fails to be a second season, the producers would definitely be throwing away a good show.

Ginny & Georgia kept me laughing, smiling, shocked and even a little upset but I loved every moment of it. It has been a while since I have watched something that was able to pull different emotions out of me. The writers, producers and directors did a wonderful job creating such a memorable show.