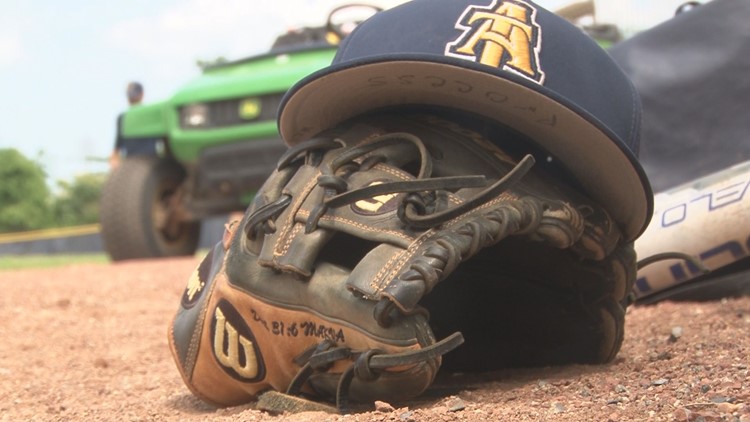 The Aggie baseball team swept N.C. Central (NCCU) on Sunday in a doubleheader at War Memorial Stadium. As a result, the Aggies split the weekend series with their rivals.

However, splitting the series with NCCU was more like a moral victory for the team because of their current circumstances. Evan Gates, a senior on the baseball team, believed this past weekend was a tougher series because the team was missing key players.

“I think those wins were huge. We don’t have two of our horses right now. The fact we could even split the series without them showed a lot,” Gates said.

Prior to the season, the Aggies felt like their experience would help them have a great season.

“Before it started, we had a lot of guys coming back like our weekend rotation which is a big thing in college baseball,” Gates said “If you have three guys (pitchers) that you can run out there every weekend who can consistently keep us in ball games, it’s huge.”

“Our expectations were pretty high. From the coaches’ standpoint, they realized we were bringing back an experienced team. So they did the best they could to challenge us with our non-conference games. We scheduled a lot of tougher opponents, so we could be ready for conference games.”

Before going into the weekend series matchup against NCCU, the team believed that this would be a huge test since some of their major players weren’t available.

“We knew it would be tough since we had a lot of weekend guys hurt, so our pitching staff was low,” Gates said. “Going into Sunday, we told ourselves as a unit that we have to come together and play our game because we had to at least split the series.”

They accomplished their goal to split the series because the team finally came together to play two complete games.

“During this past weekend, all three phases of the game came together. If we could just continue to do that, we’ll definitely have a big turnaround for the program and team going forward,” Gates said.

Currently, the baseball team is 7-13, and they are looking at improving their record as they face Florida A&M this upcoming weekend.

Although the team has struggled, they feel like once things come together that they could end up playing for a championship.

“Our expectations are still high. Regardless of how we started. We know once we get things rolling it’s going to be pretty dangerous,” Gates said.

Historically, N.C. A&T’s baseball team has a losing record when they face FAMU. If the Aggies could do well in the series against FAMU, it could provide a significant spark for a team that hopes to get their season back on course.