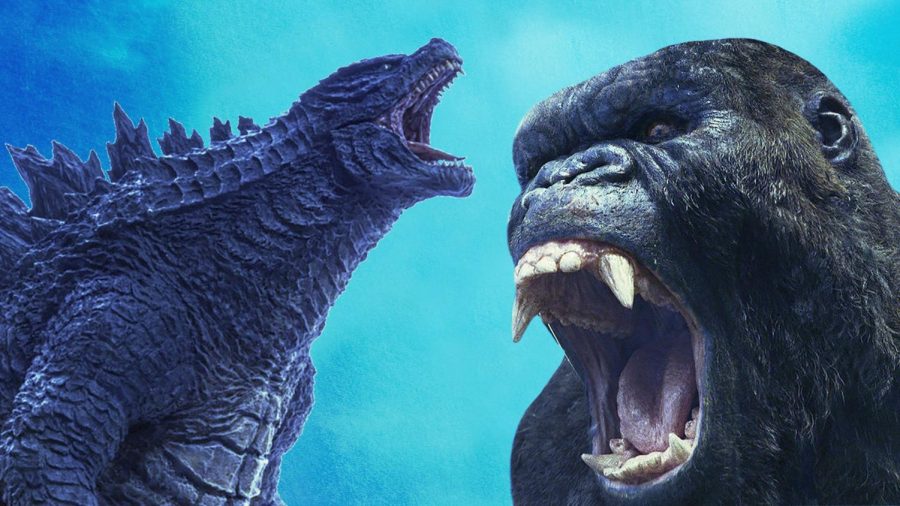 As a part of the release of Godzilla vs. Kong, Warner Brother Productions gave aspiring collegiate journalists the chance to have a roundtable discussion with actors Julian Dennison and Brian Tyree Henry.

Both Dennison and Henry discussed topics ranging from their personal preparation of the film to how much the world should truly cherish the accomplishments of college students especially by judging the current times the world is experiencing.

In Godzilla vs. Kong, Dennison embodies Josh Valentine and Henry took on the role of becoming Bernie Hayes. Throughout this $200 million dollar budgeted film, these characters go head-to-head in multiple duels. Dennison and Henry were excited to discuss their contribution to the legacy of Monster Verse movies.

“I think it was so super cool to be part of such a great production with a long-standing history,” Dennison said. “It was such an honor to work with such A-game actors like them. Every day my director for the film came on set with a vision and I  made sure that I was fully executing what he asked of me.”

Breanna Diaz, a senior journalism student and writer for UCLA’s The Daily Bruin, asked were the two already fans of the series and how did it affect their approach to the roles?

“I remember the Godzilla that came out in ‘97 with Matthew Broderick and Puff Daddy singing Come with Me which I know at some point all of you guys had to rock out to at some point in your lives,” Henry said. “I also remember collecting all of the Taco Bell cups and thinking to myself how crazy it was.”

Henry continued to explain how the Taco Bell collector cups always add an element of fun to feature films. The cups from the Godzilla film referenced by Henry can be found on eBay with a hefty price tag of $2,500.

While he was a freshman in college, Henry discovered his love of the arts. Sid Fleeks, an alumnus of FAMU’s School of Journalism sparked Henry to discuss his various initial thoughts about becoming an actor.

“For me, during my early beginnings at Morehouse College, I did not see enough actors that looked like me in the films that they indeed deserved to be in,” Henry said. “When I was in school, they would give me Shakespear and there is no one like me being reflected in those tales. But I have a lot of stories to tell and there is nothing stopping me from fulfilling these roles.”

To extend his answer, by reflecting on a play he was a part of during the beginning of his career. In this play, he was given the role of the tree. Once he received this role, he was inspired to go obtain roles with substances. Henry also discussed how being on the call with collegiate students is going to push to perform even better.

“It is amazing that even with everything going on in the world, you all have remained focused on your studies,” Henry said. “The fact that you all are on this call asking us these questions and sharing how much you care about the movie deserves a huge amount of respect.”

The film is available exclusively on HBO Max by app or television streaming.