Too Good to be canceled 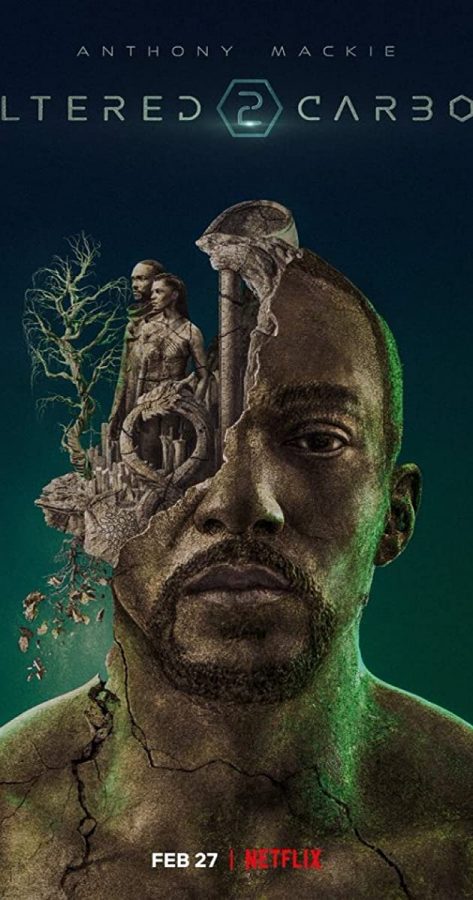 Netflix provides its subscribers access to a variety of movies, television shows and other content without interruptions. Some shows that have been canceled are fortunate enough to be picked up by the streaming service and allowed to continue.

At some point, certain shows are either renewed, canceled, or taken off the streaming platform.

Finding out that any of the shows you enjoyed watching was canceled can be quite upsetting and leave viewers questioning why this has happened.

The cyberpunk series premiered on Netflix in February 2018 and has been canceled after its second season. The plot of the show was the ability to contain a person’s consciousness in a chip implanted in the brainstem. This allowed people to be “re-sleeved” or placed into another body if their current body had been destroyed.

“I was hurt because it was such a great show;” said Timothy Bass, a Junior computer science student. “The storyline and futuristic layout were very entertaining, even the concept of the brain chips and being “re-sleeved” was wild to me”

Based on the marvel comics, the show’s main character Luke Cage is subject to an experimental surgery that results in him gaining superhuman strength and unbreakable skin. Betrayed by a childhood friend, losing a loved one and misled into thinking that his father is dead Cage, becomes a hero for hire helping those that can match his price. The show was canceled after the second season.

“He was a complicated hero but the show as a whole was interesting,” said  Khalil Moore a Junior visual arts student. “Even though the plot seemed all over the place the show kept my attention.”

Yet another series based on marvel comics. Taking place in the marvel cinematic universe the show was the first out of other shows to lead into The Defenders miniseries.

“I felt the show was only canceled because of the other shows that linked with it (Jessica Jones, Luke Cage, Iron Fist, The Defenders) weren’t doing well;” said Morgan Leigh a Junior information technology student. “Daredevil, in my opinion, could stand by itself and they could have fixed the other shows if they needed them to link.”

It was announced back in July that the Netflix original series was canceled and will end with its fourth part. The show’s key concept revolved around the life of sixteen-year-old Sabrina Spellman and the adventures of her time being both a witch and a normal teenager. The show also links to The CW show Riverdale and had viewers waiting to see how the two shows would crossover.

“I’ve been watching the show since it first released and in my opinion, it’s better than some of the shows that are still running now,” said Phyllis Hailey a Junior economics student. “The characters and even the graphic were better than I expected so when saw the actors from the show posting on Instagram that the show wouldn’t continue I was mad. It also made me realize that I wouldn’t even know if they were actually going to crossover with Riverdale.”

Set in the 1970s era in New York, the hip-hop/disco musical focused on how a group of kids viewed music, gangs and other obstacles during this time. The main character, A poet and a graffiti artist come together and start a band called “The Get Down Brothers” with hopes of becoming successful music artists. The series was the first Netflix show to be canceled after only having one season. Budget issues, delays and middling quality offers were factors in the show being canceled according to Esquire.

“The show was dope and the whole setup of the show is what caught my attention, said Jalen Gaines a junior mathematics student. “The characters and how they all interacted with each other throughout the show reminded me of my friend group.”

The crime drama revolves around the life of a financial advisor who gets caught up in a money-laundering scheme with a mexican cartel. Disrupting their way of life the advisor uprooted his family to survive but they get involved in even more crime.

“My mom had recommended the show to me so I was late starting it,” said Ny’Geria Mays a senior liberal studies student. “The show was dope though so when I found out it was canceled I really wanted to know why.”