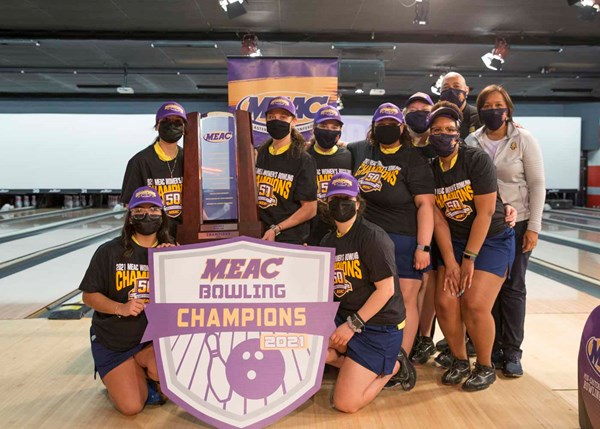 After having a historic run, N.C. A&T’s bowling team will continue its outstanding season by qualifying for the United States Bowling Congress (USBC) Nationals.

Only 24 women’s teams qualify for the USBC Nationals in four regionals. The four regionals are in Dayton, Ohio, Smyrna, Tennessee, Addison, Illinois, and Dallas, Texas.

Additionally, senior Ana Olaya and sophomore Lauren Tomaszewski qualified for the nationals by finishing in the top six of the individual standings at the Smyrna Regional.

“I really feel good about qualifying,” Olaya said. “My freshman year, I was out by a few pins. I was nowhere close my sophomore year, and I made it my senior year.”

This invitation concludes an exciting season for the Aggies, where they saw themselves MEAC conference champions and contenders in the NCAA tournament. The team also had bowlers like Cameron Strombeck, Melanie Katen, Ericka Quesada, Ana Olaya and Lauren Tomaszewski receive All-Region honors. Yet, the team still had four bowlers make the MEAC academic team while competing at the highest level.

After winning MEAC Preseason Player of the Year, Cameron Strombeck explained the team had this same potential last year, but they never got the chance to compete in the postseason.

“I believe we had an extremely strong chance of winning the MEAC championship again and making a decent run in the NCAA’s,” Strombeck said.

Luckily, the team could compete and have good bowlers fill in for the bowlers that did not return for this season.

Although the bowling team didn’t win the NCAA tournament, the team accomplished its goals, and they still can finish this excellent season with a bang at the USBC Nationals. The nationals are in Wyoming, Michigan from May 3-8 at the Entertainment Complex.