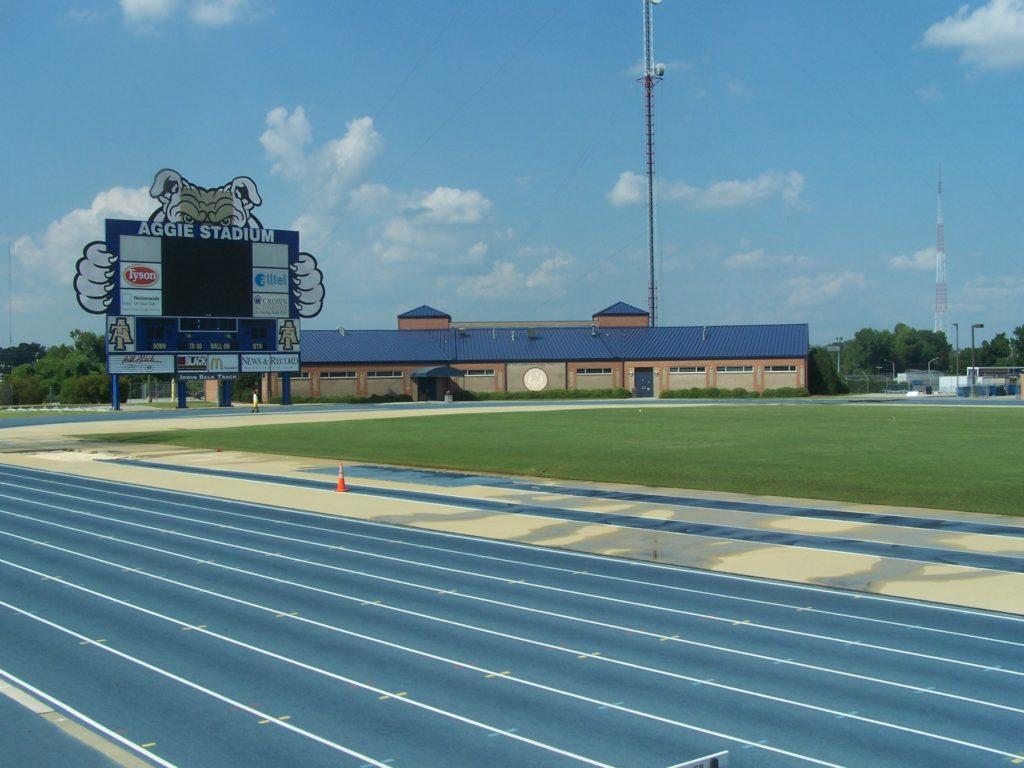 Aggie Athletics has been on the ball this year, dominating the field in all sports. Whether it was on the court, pitch or the track, A&T had great representation all across the board.

The Aggie Men’s Basketball team started off the success with winning the MEAC Southern Division Title. The Aggies ended a 30-year drought and overcame serious doubt. Not only was the MEAC Title won, but senior Kameron Langley was named a BoxtoRow first-team All-American.

Coach Will Jones was selected as the Coaches Database and HoopsHD MEAC coach of the year and a Ben Jobe Award finalist. Unfortunately, due to a positive test before the MEAC tournament the team lost the chance to win the MEAC Championship.

The Lady Aggies Basketball team lived out the dream the men’s team so desperately wanted to do. The Ladies won in style too, winning the MEAC Championship on a game-winning three by senior Deja Winters. Beating Howard was no cake walk, however, when the lights shined brightest, Winters was ready to take that shot.

“I was definitely confident in taking that shot. I feel like that’s a shot I would’ve taken during any other game really and they can probably agree to that,” Winters said.

N.C. A&T’s women’s bowling team made a lot of noise this year as well. The lady aggies won the MEAC this year and made big statements all season. Senior Cameron Strombeck noticed the team started to get more and more recognition as the season progressed.

“Every time we stepped into the building teams knew who we were.” Strombeck said.

The bowling team finished as the sixth ranked team in the nation, this is the highest final ranking in school history. The Aggies took home their second MEAC title in four years. The sky’s the limit for this program, it is only up from here.

The N.C. A&T Volleyball team made big strides this year and finally won their first MEAC title. The Aggies finished the season off on a 11-match winning streak and finished off the season with a big win against Coppin State to claim their title.

Senior Edie Brewer has been a big part of their success this season. Brewer is the back-to-back MEAC player of the year. Brewer averaged 6.62 assists, 1.89 kills per set and 2.47 digs per set. Brewer believed that the team’s resilience is why they were able to win as much as they did.

“This team’s resilience is unmatched and we just continued to play for each other all season,” Brewer said.

The N.C. A&T track and field team has been breaking school and world records all season. The Aggies were ranked top ten in the nation after the Indoor Track and Field Championships and proved that they deserved this ranking. The men’s 4×400 team broke the 4×400 World Record with a time of 3:00.23.

The Lady aggies held their own as well, being ranked eighth in the nation. Sophomore Cambrea Sturgis leads Aggies in both the 100m and 200m races. Sturgis is ranked second in the nation with a 100m time of 11.21 seconds. The sophomore stud also ranks second in the 200m with a 22.87 finish.

Senior Trevor Stewart knows that people will always underrate the team because N.C. A&T is a HBCU. However, Stewart and others use this as motivation to beat the odds.

“People are always going to discredit us no matter what we do. It boils down to we’re an HBCU. We’re not supposed to be doing this. It almost forces us to do it bigger and better. But we’re fine with that. It makes us better people, and it prepares us for life after college. Bigger and better is what the world is going to expect from us too,” Stewart said.

The Aggies put in a lot of work over the offseason and their play on the field is showing exactly that.

Winning is a part of the Aggie culture, this is what Aggies Do.