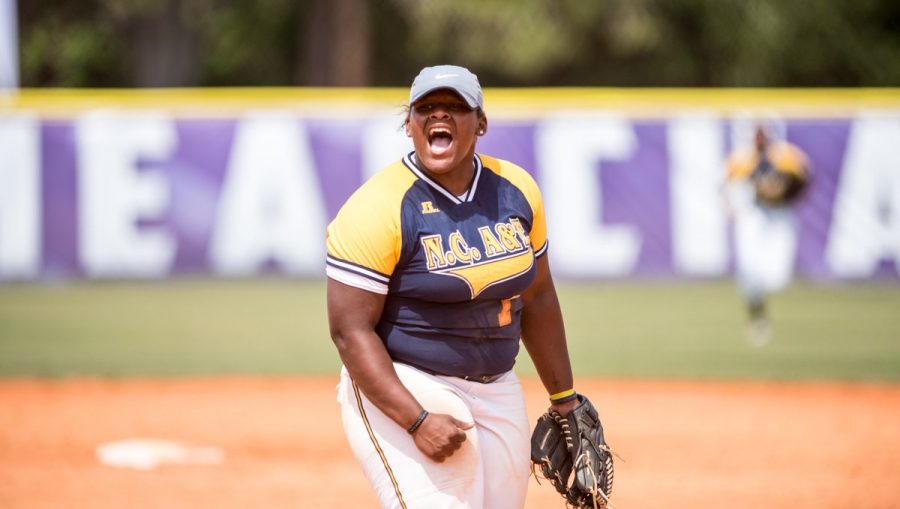 Before their series with NCCU, the Aggies only needed to win two games to win the division and to receive a No.1 south seed in the MEAC tournament.

Their performance on Sunday has helped them improve their overall record to 10-26 and their conference record to 10-6. It’s a relief that the Aggies can clinch a division title since they have been struggling with consistency all season.

However, their inconsistency could be attributed to the flow of the games. The Aggie softball team has had many matchups this season postponed/cancelled. Even though the softball team could not get into much of a rhythm to beat top teams outside of their conference, they pulled off a winning record for their conference play.

Until then, the Aggies are preparing to go to Cullowhee, N.C. to face Western Carolina in a doubleheader Thursday April 29th.