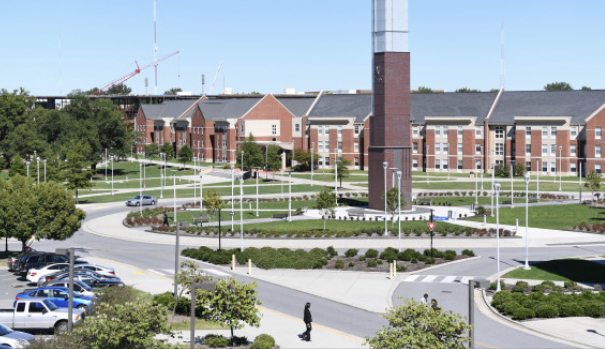 This grant came after Google agreed to award 50 million dollars to ten historically black colleges (HBCU) in efforts to increase diversity in the STEM field. N.C. A&T is the first school to receive the funds. Schools such as Howard, Florida A&M, and Morgan State University are some of the other schools on the list.

“I’m delighted to provide our HBCU partners with a $50 million unrestricted grant. These institutions are actively shaping the next generation of Black leaders and are helping build a more diverse workforce across all industries,” Chief diversity officer at Google Melonie Parker said in a press release.

N.C. A&T and Google have had a great relationship over the years. A lot of senior executives from the company serve as visiting faculty members and mentors here in Aggieland. In addition, this builds on Google’s partnerships with the Thurgood Marshall College Fund (TMCF) and the United Negro College Fund (UNCF) to advance the technology to build equity for HBCU computing education, help job seekers find tech roles, and ensure that black employees have growth opportunities and feel included at work.

Google has also made previous donations to N.C. A&T College of Engineering and computer science department. This investment has allowed N.C. A&T to produce more African-American engineers than any campus in America, as well as the most African-American math and statistics graduates at the master’s level. Not to mention, Google has hired 24 A&T graduates, and 27 A&T undergraduate students have held internships at the company.

James Thomas III is an Information Tecnology Student here N.C. A&T believes that updating the technology around the campus will help attract more students to admit to our school and improve production for clubs/organizations around campus.

“New technology in the classrooms and labs will allow students to work more efficiently while on campus,” Thomas said.” As a former member of SGA, I know first hand that clubs and organizations will also benefit from this upgrade.

Since last September, A&T has received seven donations of one million or more from major corporations. Most of them counted towards the school’s fundraising campaign last winter where they ended at a record-breaking 181.4 million dollars.