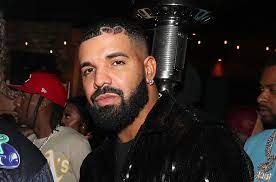 The 21-track album consists of the artist’s lyrics of his love-life, masculinity and sensitivity through soft trap beats and a familiar Drake flow. Artists such as Lil Baby, GIVEON, Young Thug and Yebba made appearances on the album.

The interesting cover art intrigued fans, with 12 pregnant women emojis all of different races with different color garments on. Although this was not the original cover art for the album, on Aug. 30, Drake posted the Damien Hirst created cover work. Since the reveal of the cover, many companies and artists have produced parodies of the cover for marketing purposes and humor.

CLB was a well-awaited album as Drake first mentioned the album in Aug. 2020 with his hit single “Laugh Now Cry Later” featuring Lil Durk. The rapper teased about the album release in early 2021 but had to push back the album due to health reasons. Although fans were anxious, Drake released the three-song EP Scary Hours 2 that took the top three spots on Billboard’s Hot 100 chart that satisfied fans until the drop of CLB.

.@Drake topped his own record. 🏆#CertifiedLoverBoy is now the biggest album debut EVER on Apple Music, surpassing the record 6 God set with ‘Scorpion’ in 2018.https://t.co/bVGPK6pxDM #CLB pic.twitter.com/hqbEoZZ011

No stranger to holding records, the album broke the highest number of streams in a single day from both Spotify and Apple Music according to the streaming platforms. On Apple Music, the rapper broke his own record of the largest album debut with CLB taking Scorpion’s place in 2018.

With the release of Donda by Kanye West, the two artists exchange playful banter at each other through social media in lieu of their new albums. Between Kanye’s leak of Drake’s address and the jabs to West in Drake’s “7am on Bridle Path” with the lyrics “Give that address to your driver, make it your destination ‘stead of just a post out of desperation”, the two rappers realize they are some of the best in the rapper game currently.

As two of the most anticipated albums of 2021, the two were bound to be compared against each other although two completely different projects. According to XXL Magazine, CLB received 153.4M streams on Spotify the first day while Donda gained 94.5M. Regarding second-day streams, West took the number one with 102.1M streams in comparison to Drake’s 89.9M.

Some fans think of CLB to be one of Drake’s best albums while others find it repetitive, redundant and not very different from previous albums. Other fans said it gave the nostalgic sound that most fans love to hear from the artist.

Despite the dislikes, the project truly broke records and gained cosigns from Nicki Minaj and Masego.

The music video for the song “Way 2 Sexy” sampled from Right Said Fred’s “I’m Too Sexy”, intrigued and humored audiences as Drake, Future, and Young Thug entertained the public. NBA superstar Kawhi Leonard also made an appearance on the video.