N.C. A&T starts the 2021 football season with a loss against Furman 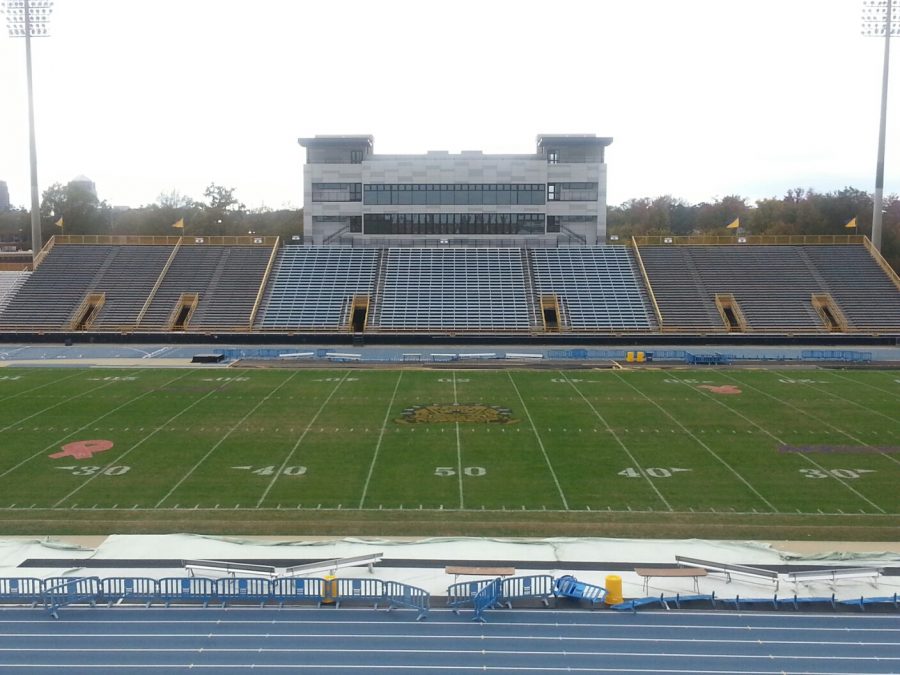 After waiting for over six hundred days, N.C. A&T’s football program had their first game of the 2021 season, playing against Furman University last weekend.

This was the program’s debut season in the Big South Conference, where A&T is projected to finish third out of eight teams.

Furman got out to a strong lead, being up 23-3 in the middle of the third quarter. However, A&T showed resilience and fought back to make it a one-possession game. The Paladins secured their first win of the season with a field goal ending the game 29-18.

Although this was not the outcome A&T wanted, Coach Sam Washington believes there are some positives to take away from this past weekend’s game.

“There are not many bright sides to a loss, but if there is a bright side, it is that our guys played hard,” Sam Washington said. “It was difficult. It was tough. But what I am most proud of is we didn’t quit. We found a way for somebody to get lined up, so we could play.”

Many students are excited about this upcoming season and can’t wait to see what the team brings to this conference. Students haven’t experienced an in-person college football game since November of 2019.

“One thing I can say I’ve missed about football season is the unmatched energy and, of course, A&T beating everyone,” junior business IT student Chase Thompson said.

N.C. A&T nationally ranked for five straight seasons and ended their 2019 season with a record of 9-3. Not to mention the team won the MEAC Championship for three consecutive years.

“Just being in the crowd surrounded by hundreds of fans and people who genuinely want to be there is exhilarating. From the screaming fans to the band to even the cheerleaders, what better place to experience this other than here?”

Junior Kenneth Merritt believes the new conference could be a good change for A&T’s sports programs.

“I’m most excited about being in this new conference and the potential of this team. I feel confident about how we’ll play against different competitors,” Merritt said.

This first meeting against the Aggies and Paladins was an exciting one. Here were some key players during this match:

Quarterback Jalen Fowler made a strong appearance in his Big South debut. Fowler threw for two touchdowns and 268 yards against the Paladins. He controlled the offense well while only turning the ball over once. Fowler showed he could also be a dual-threat by rushing for 33 yards. Wide Reciever Ron Hunt showed his talents on Saturday as well with five receptions and 146 receiving yards. Be on the lookout for Hunt to have a huge senior season.

Hamp Sisson, Furman Quarterback, picked apart the Aggie defense Saturday afternoon. Sisson got his entire wide receiving core involved, getting nine players touches throughout the game. He threw for 363 yards along with three touchdowns. Sisson finished the game with a 158.3 Quarterback Rating.

N.C. A&T entered the season as one of the three nationally-ranked Big South Conference teams after Stats Perform released its FCS top-25 poll.

Although this was not the beginning the Aggies wanted, they look to bounce back this Friday against Duke. This season is all about proving themselves, and of course, Aggies are always up for a challenge.