Connecting With Your Roots: David Robinson Chats with NCAT Students 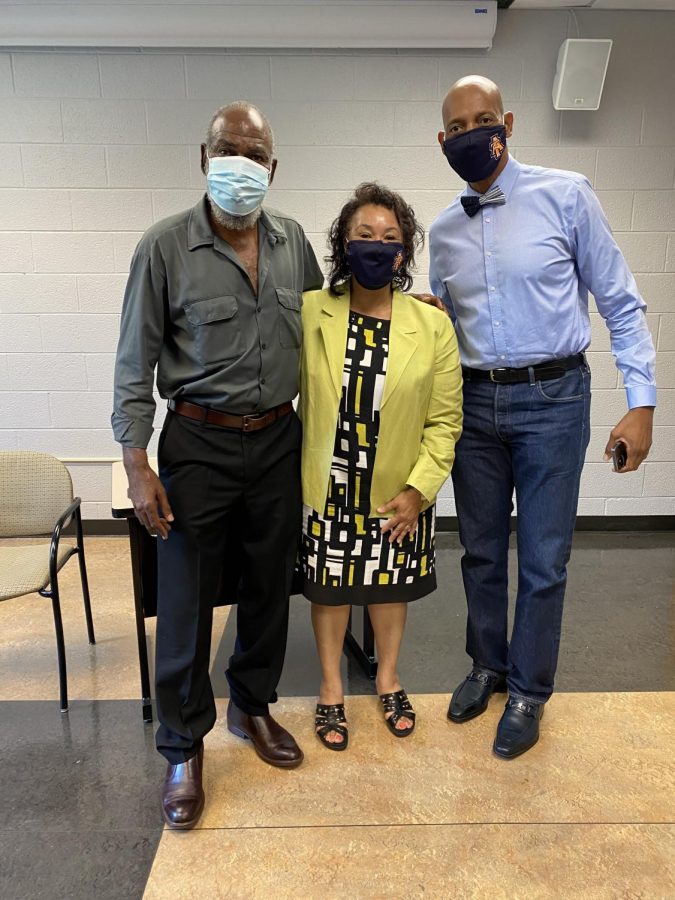 A few A&T students were able to sit down with the son of baseball legend Jackie Robinson, David Robinson, on Sep. 9, 2021, to learn more about him and his life.

Robinson came to the university to discuss business endeavors in regards to his coffee company Sweet Unity Farms coffee.

Born in 1952, Robinson grew up in a time where he told students that “struggle was his air.” Being black in America was a life of oppression and fighting for the place in the world that they deserved.

He had ventured to Africa at the age of 15 for the first time with his mother, funded by his father. As a young adult, he attended Stanford for one year before understanding living in the United States was not where he was meant to be.

Prior to leaving for Africa, Robinson had lost his brother to a car accident. After 9 years working with a self-construction company in Harlem, in 1984, Robinson decided it was time for him to go to Africa.

After finding villages in many countries in Africa, it was not until Jan. 1989 that Robinson sought 200 acres of land in the Southern Highlands of Tanzania. He used this land to create his coffee farm, Sweet Unity, to reflect his view on how the world should be unified.

In 1994, Robinson and his family were able to form the Mshikamano Farmers Group, a cooperative of neighboring family-owned farms. In the language native to Tanzania, Kiswahili, the name of the cooperative Mshikamano means “Working Together.” This is something Robinson makes sure to do with neighboring farms and prides himself in unity.

The initial move to Africa was something Robinson described as “a fortunate transition but not a difficult one.” Tanzania is a country that is equally poor and equally mobilized. The country was very isolated with few cars and computers. Although the country sought 100 million pounds of coffee annually, the villages remained poor because there was no one to advocate for the farmers and to tell their stories.

“The people who build the things the world reap from do not care about the wealth,” Robinson stated. “They are doing it for survival. Survival and development.”

Robinson understood he was born black and the negative stigma to being born black in America; he recognized it as being born with a higher purpose. His decision to live in Africa was to connect with the roots from which he came.

“It is important to bridge the gap between Africans and Black Americans,” he stated. “You have to really see yourself as a Black person and be able to identify with Africans like your cousins. You have to embrace your global self, your total self.”

The father of 10 kids and husband of his Tanzanian love, persevered and made a name for himself independently. He recognized that his mindset helped him with life issues such as financial struggles, a failed partnership, and even prejudices against him and his company because of his race.

Although he holds no deals with sports teams or plans to in the near future, he did attempt to work with the L.A. Dodgers baseball team in 2020. Due to contract difficulties with another company the team already was in partnership with, Robinson was not able to continue the deal.

Robinson left students with advice that they could use for the rest of their lives: “The more knowledge you gain the more muscles you put on your brain. Reach out for things. Nobody can take anything from you unless you deny it yourself.”