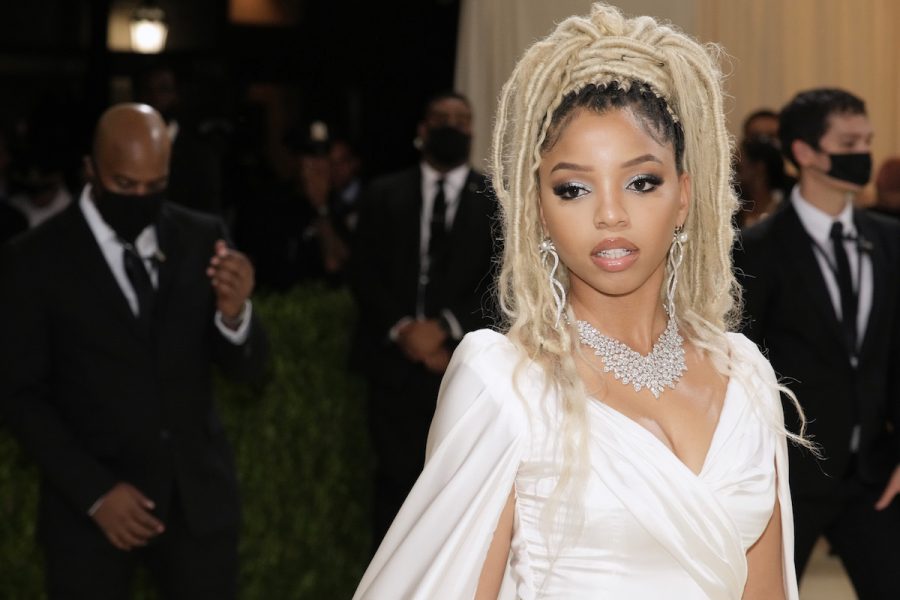 Chlöe Bailey, one half of the chart-topping sister duo Chloe x Halle, stunned the world this past Sunday with her performance of her long-awaited debut as a soloist, “Have Mercy.”

Chlöe has been teasing the release of the song dating back to her birthday this past July. Since then, the hype has been brewing on social media, including on Twitter, Instagram and Tik Tok. Dropping the music video for “Have Mercy” on Friday, Sep. 10, the artist in five days has already accumulated over 11 million views on YouTube.

Chlöe graced the stage with a performance at this year’s Video Music Awards (VMA). Nothing short of breathtaking, the artist was able to demand the crowd’s attention with choreography and vocal range. Aniya Everette, a junior political science major, shared her thoughts on Bailey’s performance.

“I think her performance at the VMA’s was great, and it was very necessary for her solo career,” Everette said. “She’s finally moving on from ‘Chloe x Halle’ and is becoming ‘Chlöe. It was groundbreaking.”

There have been a lot of rumors by fans about the end of the Chloe x Halle duo; however, neither of them has made any comments that would indicate that they are splitting up. In fact, they are still very active on their joint social media accounts, and they just rocked the red carpet together at the Met Gala this past Monday.

Many people have even been trying to put the duo against each other, constantly comparing their looks and their level of talent. Ajaycia Hendricks, a freshman journalism major, commented on these comparisons.

“It’s very weird how people try to compare them all the time. They are their own people,” Hendricks said. “Some people don’t want them to do their own thing because they aren’t ready to see them on their own. It’s the same thing as Beyonce and Destiny’s Child, but back then, social media wasn’t as big as it is now, so everyone has an opinion and wants to share it.”

It is new to see Chlöe take the stage by herself, as she is always accompanied by her sister, Halle Bailey. Halle Bailey currently is also embarking on her own solo endeavors and has just wrapped filming on Disney’s live-action rendition of The Little Mermaid.

Chloe x Halle were introduced to the world as a duo on Disney Channel, as they appeared in the original movie Let It Shine and won the fifth season of Radio Disney’s The Next Big Thing in 2012. Since 2015, they have been signed and mentored by Beyoncé and have starred side by side in Freeform’s Grown-ish since 2018. The world awaits to see what they do next, both together and individually.

Chloe’s new single is available now on all streaming platforms and her VMA performance is posted on the MTV Youtube channel.