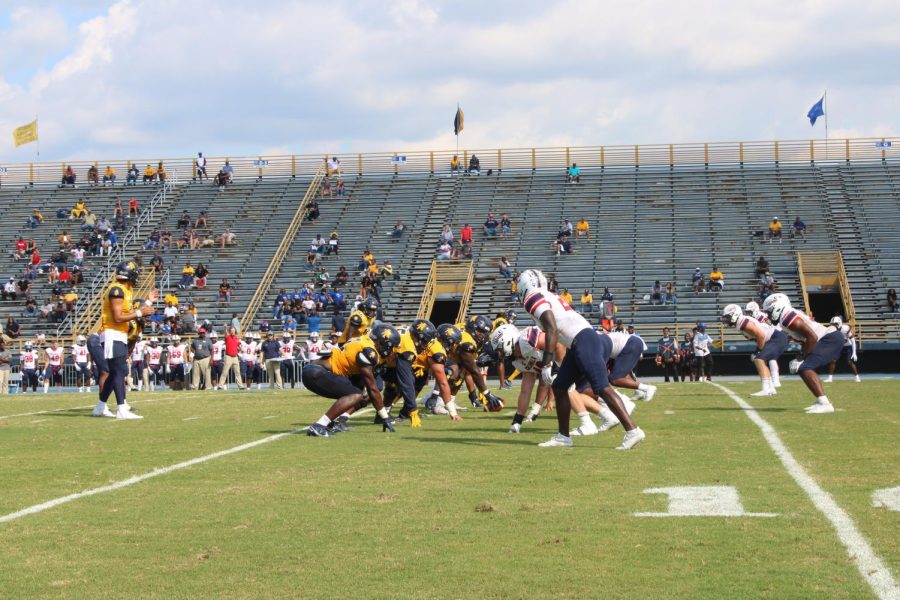 N.C. A&T made an early-season statement by beating Robert Morris 41-14 at Truist Stadium.

The Aggies played the game at their pace, controlled the ball, and were able to pile up 446 yards worth of offense.

Running back Jah-Maine Martin had a breakout game against the Colonials, rushing for two touchdowns and 102 yards.

Quarterback Jalen Fowler displayed why he is a dual-threat as he threw for 206 yards and two touchdowns. Fowler was able to make plays on his own, rushing for 76 yards.

A&T’s defense did a quality job of stopping the run which put pressure on Colonial’s Quarterback George Martin to create offense through the air.

Martin finished the game with 203 yards passing and one touchdown. Martin was picked off late in the fourth quarter by Linebacker Jacob Roberts. Martin was pressured the majority of the game, getting sacked twice.

The Aggies won their first game in the Big South convincingly and the expectation is the same for the next game.