Recap of the Senate Advocacy Day 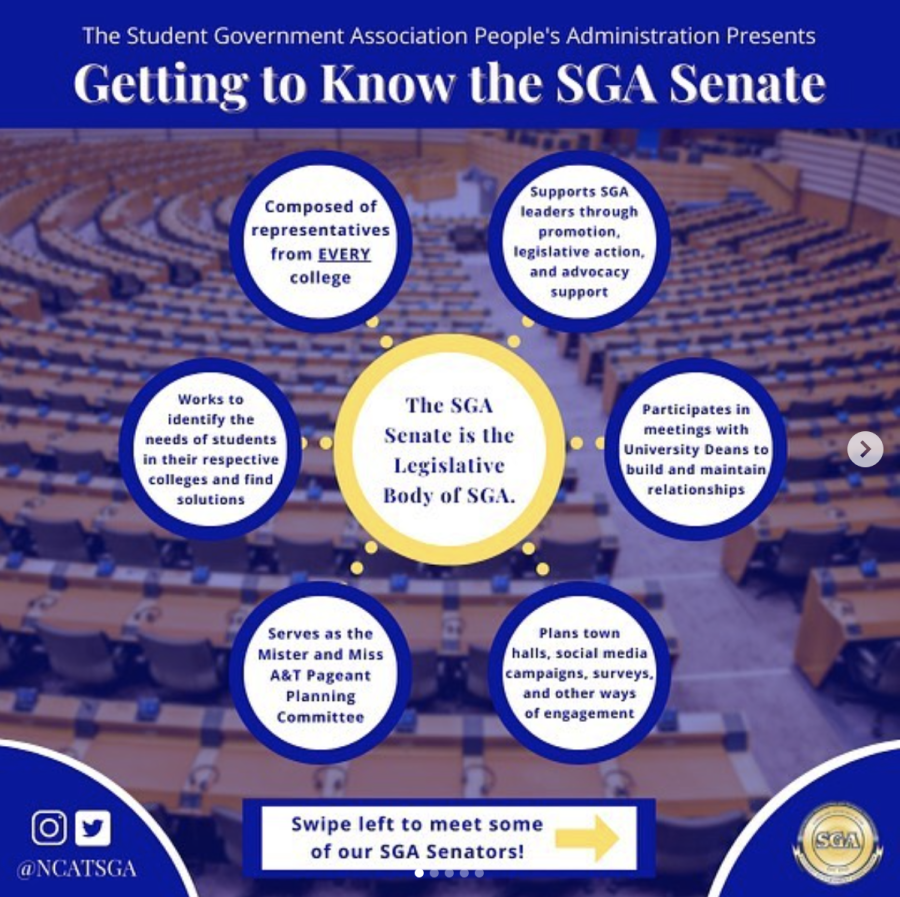 The Day consisted of widespread engagement of Senators, Deans and students.

“My goal is to educate and create awareness of the Senate because most students didn’t know that our university had a Senate,” Woods said.

As desired by Vice President Woods, the purpose of Senate Advocacy Day was to inform students about the role of a Senator on campus and their role in SGA. The goal was also to encourage more students to connect with their college’s senators and utilize them as a resource to improve and address concerns relevant to their college.

During Part I of the Day, Deans Engagement Hour, the Senators met with their respective deans from 8am-4pm. The meetings consisted of Senators advocating and asking questions from the submitted survey. Some Senators met in-person with their deans, while others met via Zoom.

Part III, the final event of Senate Advocacy Day was the October 13 Senate Meeting. The meeting served as a debrief session of the day (e.g., meeting content, tabling content, feedback). The meeting included two guest speakers, the first, Provost Beryl McEwen, who offered empowering insight relative to growth and being the change we want to see at our university. “If better is possible, good is not enough,” Provost McEwen said. The second guest speaker was SGA President, Verdant Julius.

President Julius expressed his gratitude for the Senators and their time when he expressed that he was, “Super proud of the Senate”. Julius also took the time to inform the Senators of restorative justice efforts that are in progress here on campus. Students will have the opportunity to be hired to the University Police Department (UPD) under committees so that students can be a part of decision making. Lastly, Julius noted that a memorandum revealing what will come out of these ideas will be revealed tomorrow, Thursday, October 21, 2021.

In the final meeting, some Senators communicated the effectiveness of the Deans Engagement Hour and their overall perception of their Dean’s response.

Despite the difficulty, the SGA Senate made it clear that they want to hear from you and communicate your concerns. This is why a special thanks should be given to our Senators and the judicial committee in particular. This committee was responsible for the creation of the survey, which served as the starting point for a bridge of communication between the students and their corresponding Colleges.

Our Senators are here to serve us, they are here to advocate for our needs. Our needs cannot be met if they are not communicated effectively and if there is no effort being put forth.

As students and future leaders in the world, let us focus on communicating effectively so that we can build together and address change for our illustrious university.