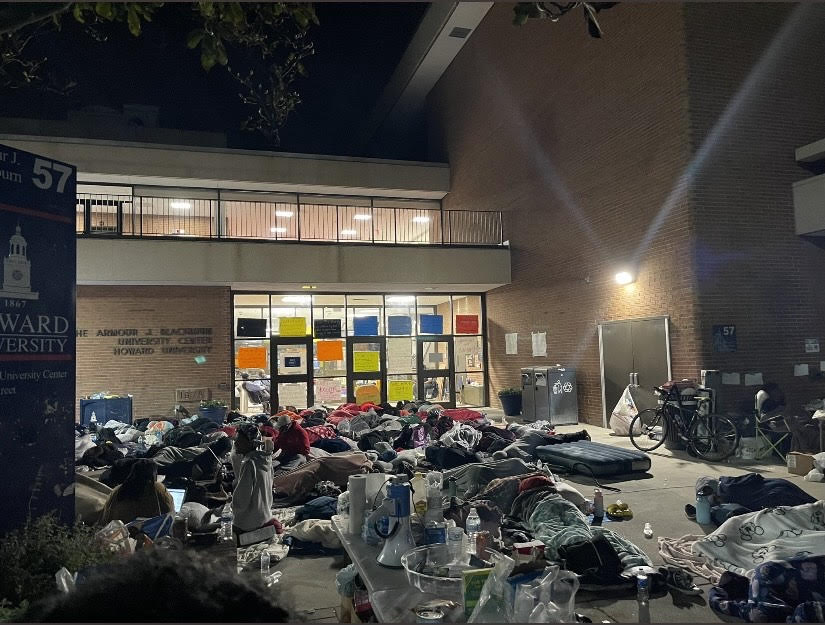 On October 12, 2021, the student body at Howard staged a sit-in protest to make it clear to the administration that they would not tolerate the harmful living conditions the university had them under.

Students have referred to this protest as #Blackburntakeover. They hope that this will lead to an in-person town hall with Dr. Wayne Federick and the board of trustees to establish a plan regarding the housing crisis at the university.

Since the beginning of the fall semester, students have complained about severe water damage and mold in their dorm rooms.

A Howard University student spoke on the school’s conditions but preferred to stay anonymous for their safety.

“It’s crazy because Howard wasn’t even open for the 2020-21 term. The university had ample time to ensure that the dorms were suitable. My room and several of my friend’s rooms have had mold growing; it’s not even like this is an isolated incident. It’s ridiculous,”

Popular pop-culture platform, The Undefeated, lists Howard as one of the top-funded HBCUs. The school receives millions of dollars in donations every year, including a $40 million grant from Mackenzie Scott, back in 2020. With the abundance of financial assistance, students find it confusing why the living conditions are so poor.

“I want to know where all this money is going. It makes no sense how we’re well funded and live in absurd conditions. I’m so disappointed because I’ve always dreamed of attending this school; now I feel like the admin here just doesn’t care about me,” sophomore business student Kevin Tezi said when asked about the living conditions at Howard.

The administration at Howard has tried to silence its student body and intimidate students into ending protests.

Local Washington D.C. news, AXIOS, reports that university officials threatened to expel students who refused to leave Blackburn and even pulled a false fire alarm in an attempt to force students out.

One of the protest leaders, Senior Aniyah Vines, stated that university officials called the Metropolitan police department on students, and MPD officials attempted to remove students from Blackburn forcibly. Howard students found this incredibly disheartening, especially considering the link between HBCUs and activism.

A Howard University student spoke about how Howard officials have handled protests but preferred to stay anonymous for their safety.

“The thought that Howard officials called the police on students protesting on an HBCU campus is insane. HBCUs are home to legendary activists, and the fact that the administration is trying to silence current students for practicing activism is unfathomable. They’d rather see students get arrested than compromise with students to give them a more promising college experience,”

Students here at A&T have much to say about everything occurring at Howard. An overwhelming majority of the students interviewed stand in solidarity with the student body at Howard.

“The biggest takeaway is that this wasn’t an isolated event. Students endured inhumane conditions for months. I believe many students were scared to speak out against their school because it’s an HBCU that generations of alumni take pride in. The administration has been asking us to protect the brand while turning a blind eye to substandard conditions for too long”, senior political science student Cole Riley said when asked about the biggest takeaway from the protests.

Students here at A&T are highly displeased that students don’t feel cared for at neighboring HBCUs.

“This is very disappointing, especially coming from an HBCU! During these unprecedented times, we must listen & nurture the concerns of the student body and staff by providing a clean, safe, and functional housing & campus environment,” sophomore elementary education student Charity Ewing said.

As of October 20, 2021, the #Blackburntakeover is still going strong, and students are not letting up. According to Teen Vogue, protestors even invite professors to join them and hold classes at the protest site.

Hopefully, by the end of this, the administration and the student body will reach a consensus, and the living conditions at Howard will experience a drastic change.