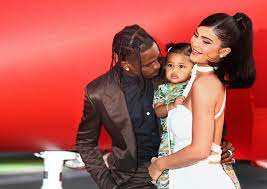 Halloween this year brought out some stellar celebrity looks, but we can not forget about the famous family ensembles that stole the show. Nothing beats a coordinated family Halloween costume. Below, we have rounded up some of the best family costumes seen this year.

In a previous post, Union mentioned how Kaavia has been obsessed with zombies, ghosts and monsters. The Wade’s decided to run with the theme of the zombie apocalypse.

The family posted a TikTok to the popular trend entitled #Twinnenem as they posed together. There was even a feature with their dog also dressed in costume.

Cardi B and her daughter Kulture – Witches

Cardi B looked fantastic as Morticia Addams on her own, but the mother-daughter witch look was posed perfectly. The duo posed in their custom corseted witch costumes completed with crystal-encrusted gloves. The photo’s caption read, “WE PUT A SPELL ON YOU, AND NOW YOU’RE OURS.”

.@iamcardib and Kulture as witches for Halloween 🖤 pic.twitter.com/hAHY0pHTXs

The Legend’s went all the way with the Addams Family costume. In a video posted to his Instagram page, Legend posted a video of the family singing the theme song of The Addams Family. The caption read, “Addams Family rehearsal going beautifully.” Their daughter Luna took her role of being Wednesday very seriously and posed for photos.

After losing her husband, legend Kobe Bryant, and daughter Gianna Bryant last year in a tragic helicopter crash, she captioned her post with a lovely line from the movie: “Look for the good spots in life.”

While the family didn’t go for a specific theme, they did commit fully to the costumes they chose for the holiday. Ayesha and Steph Curry dressed as pirates, and their children Riley, Ryan and Canon dressed as an alligator, Cruella Deville and a fairy in the respective order. Ayesha captioned the photo, “A monster mash of love!”

@StephenCurry30 and @ayeshacurry along with their children dressed up for #Halloween pic.twitter.com/ua2wMdQ6zB

Kylie Jenner dressed as a cat while her partner Travis Scott dressed as “Halloween’s” Michael Myers. Their daughter Stormi took on the role of a mermaid. Jenner captioned her photo wishing everyone a fun and safe night.

Tika Sumpter posed with her daughter Ella-Loren as Daphne and Scooby-Doo. The cute caption read, “Oh no, where’s my crew and the mystery machine!? At least I have Scoob and his Scooby snacks!”