A Look Into 2021 HBCU Homecomings 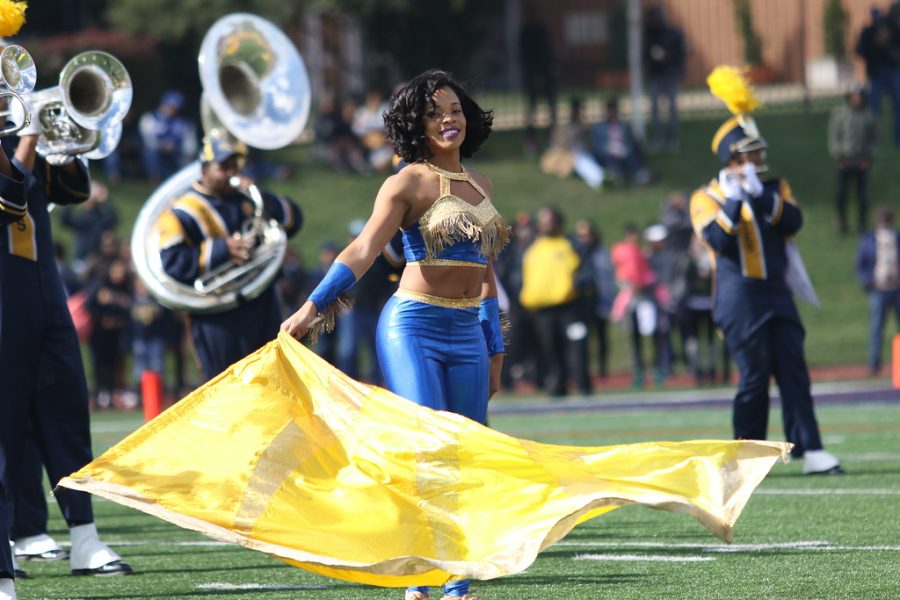 The month of October is known to be the homecoming season for many Historically Black Colleges and Universities (HBCU). This year, with the return of homecoming after the pandemic, many schools went all out for their events. Here are a few notable HBCUs that put their all into making the 2021 homecoming season one to never forget.

Morgan State University’s (MSU) homecoming began a little earlier than most, with their first event, the homecoming worship service, occurring on Sunday, Oct. 17. Some events that were planned for the week included Bears On the Block, a skating party, the sneaker ball, their mister and miss coronation and many other festivities for the Bears to indulge in. MSU held their homecoming concert on Oct. 20, with the popular and highly sought-after artist, Lil Durk, accompanied by 42 Dugg and a few others. MSU ended their football game against North Carolina Central University (NCCU) where they fell short 28-17.

Tennessee State University (TSU) began its homecoming with an event titled, “The Gospel Explosion,” featuring gospel artists Tye Tribbett and Nate Bean. Another popular and exciting event during their homecoming week was Aux Cord Wars. This event was held on Tuesday, Oct. 26, and allowed students to choose their music to compete in different genres. TSU’s homecoming concert lineup was also noticeable with artists Sada Baby, Dreezy and Chief Keef among artists who performed.

Florida Agricultural and Mechanical University’s (FAMU) homecoming did not disappoint students. With many special guests featured throughout the week, FAMU’s homecoming season was an exciting return for all the Rattlers.

“I would definitely describe my homecoming as controlled chaos. It was so much going on, but it was such an experience,” FAMU sophomore biology pre-med student Tiara Mitchell said. “Everyone that goes to FAMU, people that graduated from FAMU and people who just love FAMU, were all in one place and the energy was just amazing.”

FAMU had a packed schedule from start to finish. From FunnyMarco coming in to host the step show, to securing an exciting concert lineup featuring Moneybagg Yo and Lil Baby.

Desi Banks and Pretty Vee hosted the comedy show, and sports journalist Stephen A. Smith filmed an episode of their show “First Take.” The episode featured guest Kevin Hart and FAMU alumnus Will Packer. On Friday, Oct. 29, Packer was given the honor of attending the ribbon-cutting for the new amphitheater named after him, titled the Will Packer Performing Arts Amphitheater.

“My homecoming was great! Bittersweet since it’s my last undergrad homecoming, but an overall great experience. The best part was having my family join me as I soaked up these last moments,” FAMU senior public relations student Kaela Moore said.

N.C. A&T’s Greatest Homecoming on Earth (GHOE), was one of the most highly anticipated homecomings to look out for. N.C. A&T’s GHOE week began on Sunday, Oct. 24, with the coronation of Mister and Miss A&T.

On Monday, the fashion show brought out a lot of people and a lot of different styles. Entitled  “Through The Decades,” N.C. A&T students and different organizations each delivered a show that set the tone for the rest of the week.

The GHOE hip-hop concert was another highlight of the week with big headliners like Roddy Ricch, Ty Dolla Sign and Moneybagg Yo coming in to perform. With a variety of events lined up, including the game night, step show and homecoming game, one of the most popular events on campus, the pep rally was unfortunately canceled due to rainy weather.

“I was disappointed initially when we were told the pep rally was canceled. I thought there would be a surprise guest like in 2019 when they brought NLE Choppa. It didn’t affect my GHOE in the long haul thankfully,”  junior secondary history education student Intisar Mohammed said.

Even with the cancellation, A&T’s Student University Advisory Board (SUAB) quickly pulled something together by allowing students to come in and pick an exclusive GHOE jersey while supplies lasted. SUAB also had rising student artists, the band and cheerleaders performing in the Corbett Sports Center while students waited for a jersey. With GHOE back, North Carolina A&T’s homecoming has continued to remain a staple to look out for in the overall realm of HBCU homecomings.

The spirit of #Homecoming was alive and well last week. It was great seeing all the fun, food, fellowship and that good 'ol #AggiePride. View pics from the week. #NCAT https://t.co/ggC6gGJ4DA pic.twitter.com/ZInD3Vbloi

Clark Atlanta University (CAU) has one of the most viral homecomings of the season. The festivities began on Sunday, Oct. 24, with their homecoming concert.

“My homecoming at Clark Atlanta University was great. Sunday, Oct. 24th ended up being one of the best days of my life,” CAU sophomore criminal justice student Meleana Travis said. “The homecoming concert that was supposed to just be Gunna, ended up being half of the rap industry.”

Clark Atlanta Homecoming really had a better line up than the BET awards 😂 pic.twitter.com/j56lOTaykt

“I personally don’t think another HBCU can top our homecoming. Overall, my homecoming week was filled with HBCU love & creativity. I really enjoyed it and I can’t wait for next year,” Travis said.

With homecoming season coming to an end HBCUs all over the country made sure to go all out with their events. As the school year moves towards the holidays, homecoming will always be the highlight of the fall semester.