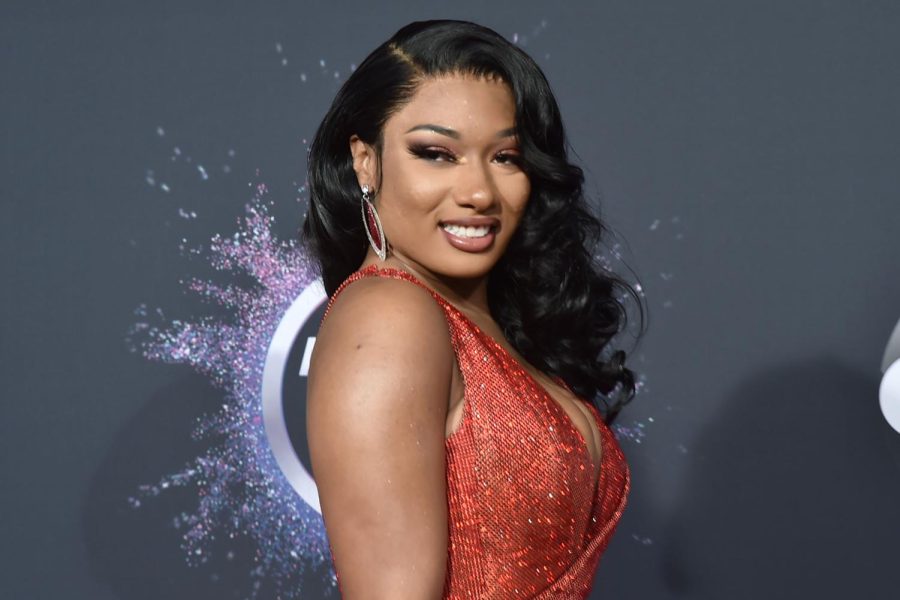 Megan Thee Stallion has taken the rap industry by storm over the past couple of years. The Grammy-award-winning rapper released a compilation of freestyle rap songs.

The project, “Something for Thee Hotties,” consists of 20 freestyles, including unreleased tracks and songs only on her Youtube. Fans have been asking for the release of her freestyles since the artist came to the scene, and she has finally provided.

The Houston native began rapping at 7-years-old and she took her rap career seriously when she entered college in 2013 at the HBCU Prairie View A&M University in Prairie View, Texas. There, she participated in rap battles and performed freestyles around campus. In 2016, Megan Thee Stallion transferred to HBCU Texas Southern University (TSU) where she will be graduating this December.

In 2016, the Hot Girl Coach earned more recognition from participating in a cypher with other Houston rappers and went on to release her mixtapes, “Rich Ratchet” and “Make It Hot” in 2017. By 2018, she released her extended play, “Tina Snow,” which included her first Billboard-charting single, “Big Ole Freak.”

“I feel as though Meg’s music shows versatility. She gave us raw and gritty during her ‘Tina Snow’ and ‘Fever’ era and then gave us more pop and trendy with ‘Suga’ and ‘Good News,’ ” junior animal science student Trinity McNeil said. “I do miss the rawness sometimes, but I’m a stan and I will stick beside her.”

From her career sky-rocketing in 2018 to now, Megan’s fanbase, known as The Hotties, has continued to grow. These same fans were persistent about getting the rapper to release her freestyles on streaming services such as Apple Music and Spotify. She granted their wish with the release of her compilation album.

She announced that she would be releasing her project via Twitter on Oct. 21, just a few days after the launch of her Hottie Sauce with Popeyes, and subsequently revealed the tracklist on Oct. 27.

Something For Thee Hotties OUT NOW @Spotify 💚 what’s your TOP 3 favorites hotties? pic.twitter.com/pckE20QWCV

Some of the songs were already released on Youtube such as “Tuned In Freestyle,” “Outta Town Freestyle” and “Megan Monday Freestyle”.

“I like every song on the album but ‘Kitty Kay’ is probably my favorite,” senior public relations student Jermanee Coaxum said. “The ‘Tuned In Freestyle’ is actually my second favorite. Her freestyles always got the best lines.”

On her Twitter account, Megan informed fans of the process of making the freestyles and how old they were.

The oldest songs are the tidal freestyle and bae goals ! Everything else was created from the beginning of 2021 up to a few weeks ago https://t.co/DY1ZGTxbit

A few hours before the release, Megan announced she would be adding more songs to the album. She added six more songs, including two skits from producer and rapper Juicy J and friends VickeeLo and Dino BTW.

Many Aggies felt empowered and uplifted by Megan’s liberating lyrics and danceable rhythms and beats.

“It was empowering and relatable. I like her cadence and her flow,” junior mathematics student Amaya Brinson said. “She was switching it up. She was really owning herself. She was actually dropping bars, so I appreciated that.”

After the album release, Megan started a scavenger hunt for her day-one fans in New York City and hid envelopes at venues where she performed in 2018 and 2019. She awarded the winners $500 via CashApp.

She placed envelopes at Sound of Brazil (SOB) in Manhattan, Houston Hall, China Chalet and one in Brooklyn. Inside the envelopes contained a note from Megan with a memorable event from each venue.

im doing thee archives scavenger hunt in NYC today for my OG hotties! These pictures are from 2018, 2019 right before/after Fever dropped! Im giving $500 to the hottie that gets to each location first. Tag me with your proof and use #somethingfortheehotties pic.twitter.com/7CvKOWtdWy

With all her success in her rap career, Megan has also been getting her bachelor’s degree in health administration. She promised her mother and her grandmother that she would finish school.

“I want to get my degree because I really want my mom to be proud. I’m doing it for me, but I’m also doing it for the women in my family who made me who I am today,” Megan Thee Stallion said to fans.

She is set to graduate in December 2021 from the TSU in her hometown of Houston, Texas.