Keeping your head in the game 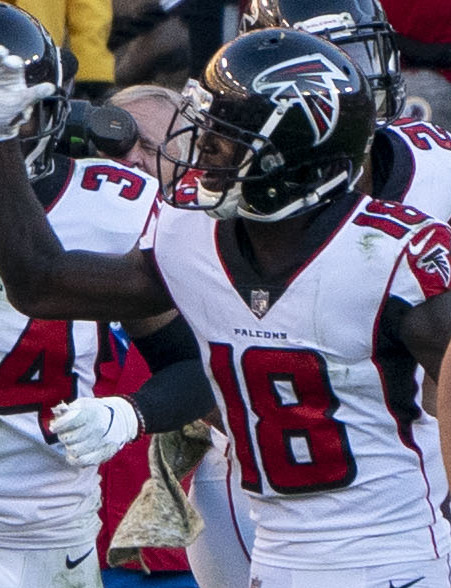 NFL players have a highly desirable job, and with that job comes with a lot of advantages including money, fame and high amounts of respect from others. What fans see can be portrayed as a great life, but some players feel as if a break from the game is needed.

Last week, Atlanta Falcons wide receiver Calvin Ridley sent out a press release stating that he is stepping away from the game of football to focus on his mental health. This press release is after Ridley had stated prior in the season he had been having personal troubles.

“These past few weeks have been very challenging and as much as I’d like to be on the field competing with my teammates, I need to step away from football at this time and focus on my mental wellbeing,” Ridley said.

Teammates sent out support to Ridley after his press release. Atlanta Falcons quarterback Matt Ryan came to his defense in a statement after hearing Rigley’s decision to step away.

“Certainly we wish Calvin all the best,” Ryan said. “We love him and support him and he’s a great friend and a great person, so we all support him as he’s going through this” Ryan added.

So far this season , Ridley has missed two games due to personal matters, and most recently he did not travel with the team to London against the New York Jets on October 10.

Ridley isn’t the only NFL player or athlete that has stated publicly that they took a break from their sport to focus on their mental health.

Ridley’s teammate, tight end Hayden Hurst, shared publicly that he battled depression and atttempted suicide while playing in college at South Carolina. He made the Hayden Hurst Family Foundation that helps youth and the military with mental health along with education and wellness.

Minnesota Vikings wide receiver Adam Thielen also has The Thielen Foundation, which specializes in helping children with their mental health. Thielen is also a current player who has recently come out publicly to discuss mental health.

“I can’t explain how important it is to just say ‘Hey I have some things going on and I need your help’,” Thielen said about helping those in need with his foundation.

Among NFL players who are alive and some are not is the issue of CTE and severe depression during and after their career.  Current players are speaking out about mental health issues more often than in the past.  Many players have struggled or are struggling with mental health issues so severe it can be affecting their brain and body.

Ridley is not alone in this struggle that NFL players and athletes all over the world are no longer remaining silent about their personal battles. With foundations led by Thielen and Hurst along with others, improving mental health in the athletic world is slowly but surely becoming a main priority.