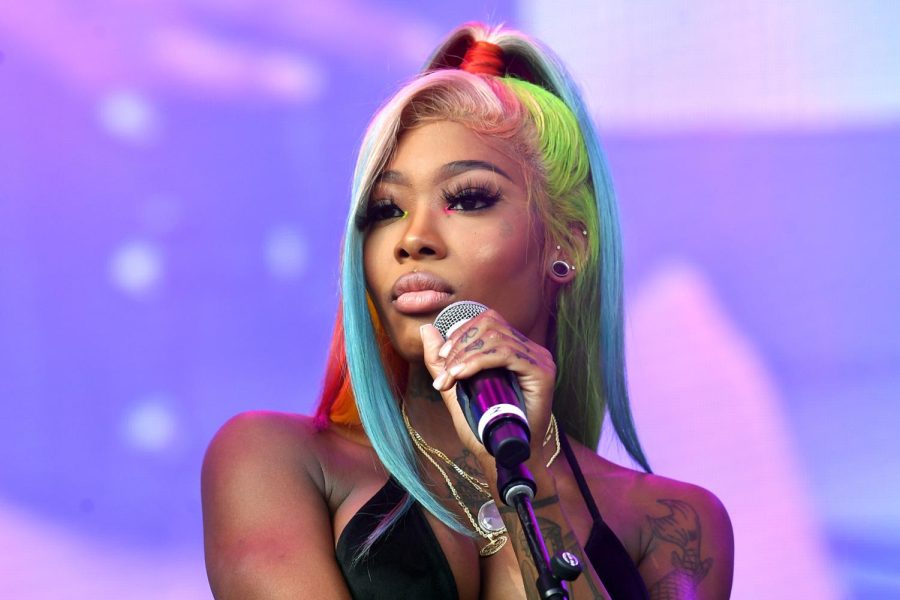 Atlanta singer and songwriter Summer Walker released her sophomore studio album last week entitled “Still Over It.” The album was announced on Oct. 4, the same day as the anniversary of her debut album, “Over It.” Interscope Record Label was responsible for the release of both projects.

Walker seems to be “Still Over It” and has removed herself from situations that no longer serve her positively. Walker says she drew inspiration from her painful experiences in life and love. She openly speaks about her last relationship with American producer/songwriter London on da Track and expresses she wants this project to be a lesson for the ladies.

Following similar break-up themes from her first album, Walker keeps listeners engaged through her fluid storytelling. From track one, “Bitter ft. Cardi. B” to track 20, “Ciara’s Prayer,” fans felt like she was sharing emotions that many women could relate to in knowing their worth and appreciating her vulnerability.

Walker’s growth and elevation radiate with each song, and fans could not be prouder of the R&B singer.

“First off, I love the album and the way it’s organized from beginning to end. She takes you through the motions of what a lot of females go through dealing with men or situations where you question your value. You see the growth and to end with ‘Ciara’s Prayer’ is [chef’s kiss],” senior journalism student East Dockery said.

Artists such as SZA, Ari Lennox, Pharrell Williams and others made an appearance on the anticipated album. Supported by single “Ex For A Reason” ft. one half of the City Girls duo, JT. Walker’s mindset has changed from her album as she recognizes she is worthy of better in her love life.

Compared to the toxicity the artist sang about in the first album, Walker has matured this album and uses the tracklist as a reflection of her past relationship and the struggles she encountered.

On track 19, “4th Baby Mama,” Walker shares that London on da Track left her alone for her entire pregnancy. She blames his mother for turning a blind eye because she was showered with gifts to keep quiet. She also states in the song that she should have disciplined him for his actions toward his three previous women a long time ago.

The reliability of the album has Aggie students feeling the struggle of relationships and connecting with the album on a personal level.

“Summer Walker is still over it, but baby, I’ve been over it,” senior fashion merchandising and design student Xavier Evans said.

Despite the crying down the wall TikToks and sad girl gimmicks that often surround any mention of Summer Walker, “Still Over It” has projected audio streams of over 230 million and is expected to break Beyonce’s “Lemonade” streaming numbers according to Pop Crave.

Outlets such as Hits Daily Double tell fans it will be a #1 debut, and with significant numbers projected in the first week, there is no doubt fans are tuning into the soul-stirring compilation.

don’t forget to perfect how to slide down the wall.. pull on your shirt for dramatic effects 😂💗 pic.twitter.com/Pm8VFolI6H

“I truly did enjoy the album and the message behind it. Many people suffer from emotional abuse within a relationship and find it hard to leave,” junior social work student Nigel Moffitt–Shabazz said. “Summer Walker ending her album with such a beautiful prayer was something many women deserved to hear. The affirmations and vulnerability to accept who she shows the step towards evolution and growth.”

Walker admitted in several tracks that she put herself in her position while baring her soul in the name of love. She sang about giving her all to a man because what she felt in her heart was right. Walker created the album to let women know that they are deserving of genuine love even after suffering first.

“Still Over It” concluded with a heartwarming, sweaty-eye prayer led by American singer, dancer and songwriter Ciara Wilson. Ciara has openly mentioned in the past that before she met her husband Russell Wilson, she became intentional with what she prayed for after her previous relationship with rapper Future. After sitting in many interviews openly speaking about her prayer, it became the talk of social media, and fans have continually joked about what her prayer might be.

It is evident that “Ciara’s Prayer” was a pivotal moment on the project, and fans are relishing the fact that she finally shared her prayer. Many fans believe it is the prayer and key to a long-lasting relationship, claiming to have it memorized soon after the release.

“I loved this project from Summer. I can truly feel the emotions she expressed through each track,” senior journalism student Madison Murray said. “I believe this is what makes the album good alone. My favorite songs are ‘Unloyal,’ ‘Toxic’ and of course, ‘Ciara’s Prayer.’ I believe we can all appreciate that track the most.”