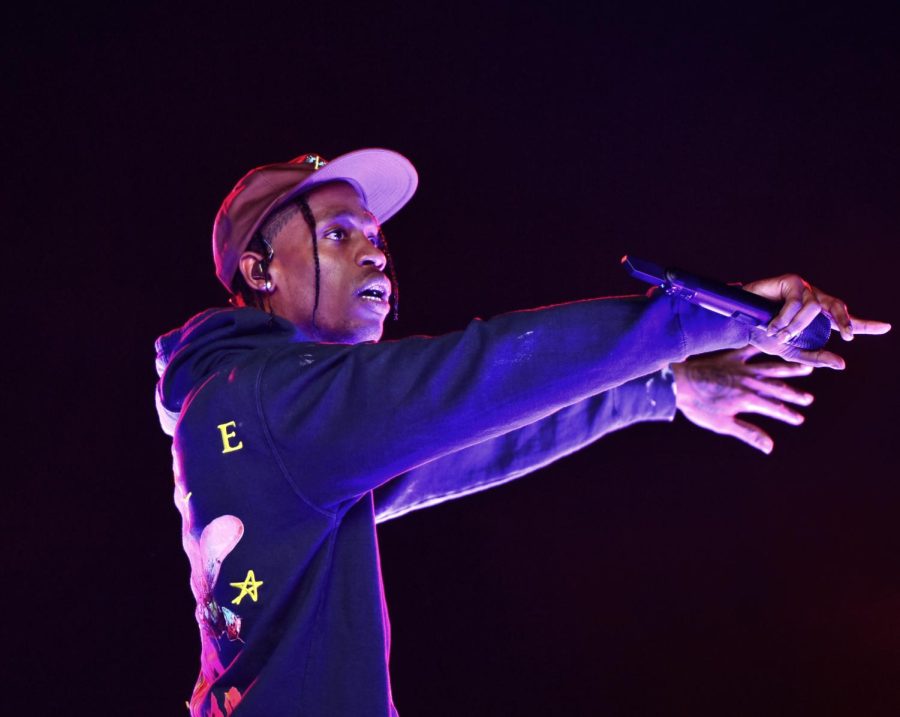 The catastrophic Astroworld festival ended in the deaths of ten fans and over 300 people hospitalized, including a 9-year-old who died after being put in a medically induced coma. The surplus of attendees during the event led to the demise of many and the traumatization of most.

The famous two-day event held in Scott’s hometown, Houston, Texas, was on Nov. 5, after a year of cancellation due to COVID-19 protocols. Fans waited in line eagerly to see Scott and multiple stars who would also perform, including Tame Impala, Sza, 21 Savage, Lil Baby, Chief Keef and Master P.

Over 100,000 tickets were sold for Astroworld in less than an hour being on sale in May, according to ABC Chicago News. Although doors for the festival did not open until 10 a.m., fans began lining up around 3 a.m. with 1,000 people already in line before the start of the festival.

The fans were rowdy early in the day with footage of hundreds of people jumping over barricades and knocking down fences, and this was just the start of the chaos.

Despite the early sightings of things going downhill, the show continued with no precaution.

“I honestly feel as though they should have been more precautious on letting people in. I know a lot of people were talking about the security and the people who check their bags, they were very careless,” University of North Carolina Greensboro senior public health education student Nadia Williams-Murry said.

The festival medical provider called for a main medical tent with two doctors, six nurses, two paramedics and nine EMTs around 8 p.m., and around 15 minutes later, it was reported from news outlets that the medical staff were overwhelmed already.

As Scott’s set approached with a 30-minute countdown, the crowd began to surge forward, beginning to suffocate people. With fans breaking in from all entrances and participating in reckless behavior, some fans were fainting, getting trampled over and eventually dying throughout the crowd only minutes into his set.

There is footage shown as people are trying to gasp for air, screaming for help and trying to exit the crowd.

Unaware of the turmoil in the crowd, Scott started his set with his new single “Escape Plan,” encouraging the audience to dance and jump, making it worse for fans that could not breathe or stand.

Attendees reported that Scott did notice a fan passed out in the crowd and stopped shortly but quickly resumed the performance despite fans yelling to stop the show and attempting to intervene.

"Stop the show" and the staff did nothing. This shit is fucking heartbreaking #AstroWorld vc:@JanthonyOlivera pic.twitter.com/5vVZKLKV7h

Although the event was declared a mass casualty event at 9:30 p.m., Astroworld did not stop until 30 minutes after. According to a press conference with Houston Fire Chief Samuel Peña, the exits were not the problem, but the access to the exits ultimately led to injuries and deaths.

The Houston Chief of Police met with Scott before the festival to express his concerns.

JUST IN: Houston Police Department releases statement confirming the Chief of Police met with Travis Scott and warned him of public safety concerns regarding Astroworld Fest ahead of the event pic.twitter.com/ovQd7ThCoP

Currently, around 50 lawsuits are filed against Scott and LiveNation regarding the festival according to Billboard News.

“I’m in favor of the lawsuits towards LiveNation simply because they planned the event and hired all the employees that worked during the festival,” junior sports science and fitness management student Ignacio Alvarez said.

Scott and his team plan to pay for all the funerals and therapy for fans who attended the festival. The rapper released a message on his Instagram page broadcasting his sympathy for the catastrophe.

Roddy Rich, rapper and performer, also will be donating his net compensation for the concert to the families who lost their loved ones at the festival.

“Honestly, I feel like when it comes to a concert, they should have backup methods and precautions to take when situations like this happen. This has happened more than once, and it is more than likely going to happen again,” Williams-Murry said.

As of now, Scott faces over 100 lawsuits from those injured at the festival, as well as from the families of the fans who died, according to Geo News.