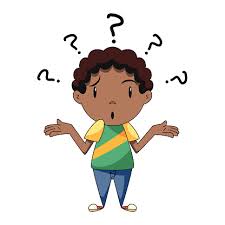 Our university prides itself on fostering an attitude that affirms that it is ok to be unapologetically black. This attitude manifests itself through various aspects including Greek life, sports, art and academic excellence.

It is no secret that black students, over the course of time, have had to fight to preserve their identity and culture. Black culture has not always been accepted or welcomed fully in American society, much less in collegial academia. However, Historically Black Colleges and Universities (HBCUs) assisted in paving the way, so that a space for their talents, emotions and thoughts could not only be accepted, but encouraged and cherished by their own people.

In order to understand or empathize with the perspectives provided, an awareness of the ongoing fight and progress of black students and black people as a whole, is necessary. This understanding clarifies the need for black spaces and the opportunity it provides to give black students a boost and a backing that is culturally grounded.

“It undercuts the purpose of an HBCU,” Rahman-Latta said. She discussed the legacy and struggle for black students to have one avenue to pursue, as it relates to higher education and how this progress has now changed as a result of non-black students being admitted.

She discussed the importance of scholarship and what it means to black students to receive money for school and the opportunity to go to school for free. In addition, she provided context on some black students, and how many come from inner-city schools, low-come communities and places with few opportunities.

“It’s taking away opportunities, and some of them brag about it” Rahman-Latta said.“Defeats the purpose of an HBCU”.

Rahman-Latta expressed hesitation for the increase of non-black students partly out of angst for A&T to become a Minority Serving Institution (MSI), which serves an entirely different purpose than an HBCU. She mentioned the university’s Preeminence plan, which outlines a vision to have 30% of the campus to be non-black.

“The non-black students who are here are not interested in the HBCU experience, they are just passing through.” Rahman-Latta said. “They don’t have a personal responsibility to give back.”

Taylor Davis, Sophomore, chemical engineering student from Alfreda, Georgia agrees. The Preeminence plan involves the addition of non-black races, so that the university can generate more money. Davis understands the reasoning behind the plan, however, she believes it ultimately places money over students.

“This plan is dangerous, if implemented. The A&T we [black students] know will not be the same when we become alumni.” Davis said.

It is crucial that one recognizes the desire of both students to not implement the Preeminence plan. The justifications provided are not wrought in bigotry, rather, they are rooted in the desire to preserve history, culture and experience.

Ellington King, Sophomore, finance student from Detroit, Michigan is one of them. He is completely fine with having non-black students here. “I have no problem with it,” King said.

It is important to recognize that while his stance may be different, it can be rooted in a desire to preserve history, culture and experience. Preservation can be obtained through education, in fact, that’s why we are all here, black and non-black students. We are here to be educated so that preservation of history can be transferred and applied to the world for positive change. However, if non-black students are not here, how else will they be exposed to the culture of the opposite race?

The feelings of each student are recorded. The stances do not present a dual within the student body, as there are virtually many stances. However, the feelings of each student are valid, especially since they are rooted in the desire to preserve our great university. These feelings should be considered by all students on campus and all administration, avoiding these feelings could possibly affirm the premise that money is more important than the students.