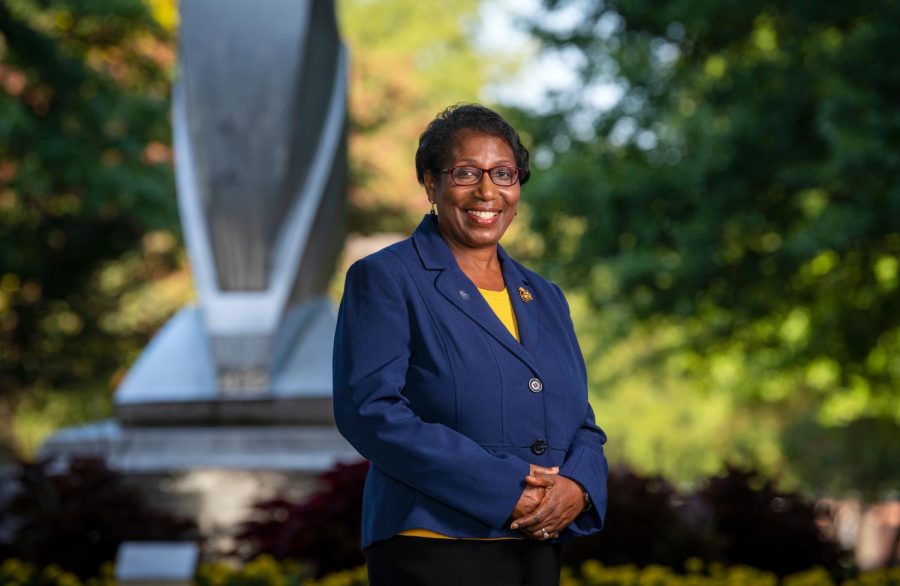 A pillar in the Aggieland community and a jewel in the hearts of many, Dr. Beryl McEwen will retire from N.C. A&T as provost after this semester.

Jamaica-born, McEwen moved to the United States to further her education at Southern Illinois in Carbondale, Illinois. After receiving her doctorate, by fate, McEwen found a home at N.C. A&T.

Since 1992, McEwen has been a part of the Aggie campus community. After a while working for the community McEwen moved back to Illinois to be closer to her husband but made her way back to Aggieland in 1995 bringing her husband as well. He retired before her this past September.

As provost, McEwen is the chief academic officer for the university and is primarily responsible for overseeing academic policies and programs.

She has served in many positions, including the chair of the Department of Business Education, the vice provost for strategic planning and institutional effectiveness to the executive, the dean of the College of Business and Economics and the interim provost and vice chancellor for Academic Affairs.

To remind the campus that allowed her to serve, McEwen gives her endless gratitude and appreciation for the many opportunities.

“A&T has provided for me a wonderful working environment. A place where I get up every day and go to work, happy to go to work,” McEwen said. “This university has provided an opportunity and environment in which I was able to thrive as a professional person.”

While acting as vice provost for strategic planning and institutional effectiveness, she oversaw the university’s accreditation efforts and played a lucrative role in the progress of the academic plan for N.C. A&T.

During her tenure in the business school, she launched the M.B.A and M.B.A Online programs. She has been recognized by numerous organizations such as the North Carolina Department of Public Instruction Business Education Hall of Fame and the Triad Business Journal that awarded her the Outstanding Women in Business Award in 2017.

She advises all young adults with big aspirations to be clear with their goals, stay persistent and patient and value others along the way.

“Anybody who wants to be a good leader and advance has to value others,” McEwen said. “One of the biggest mistakes that we make is to think that people who are not as educated as we are, or have a high enough job as we do, can give us advice. Trust me– that is wrong.”

Erin Hart, chief of staff of N.C. A&T, has worked closely with McEwen over the years. Hart first interacted with the provost during her time working as chief enrollment officer under McEwen in the Office of Academic Affairs. Throughout the years, Hart emphasizes the true character of the provost and her most notable qualities.

“She’s a leader among peers and leader to those who report directly to her. She’s a big-picture enterprise thinker,” Hart said. “She’s actually a very warm person personally. It’s beyond just the working relationship. She actually has a warm spirit and is a very kind person.” 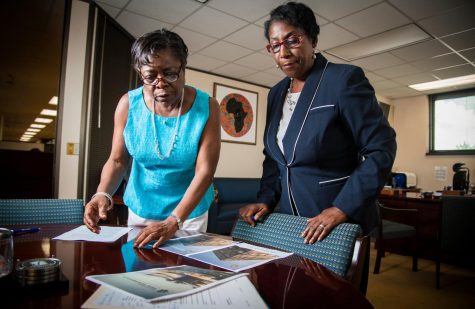 McEwen strives by the long-lasting relationships she makes with everyone she encounters and wants the campus community to understand it is vital to be impactful.

Although her colleagues and employees will miss her, the student body appreciates all she has done for the university.

“I want my legacy to be that I was committed to students and their excellence and their success,” McEwen said. “That I understood and appreciated that my job, as an educator, is to pour into students and do the best that I can to prepare them.”
“If someone [were to] put an epithet on my tombstone, I would simply like to be [that] she was a hard worker.”
As she and her husband begin their retirement, their main priority is to relax and eventually travel.