The Five Best Super Bowls of the last decade 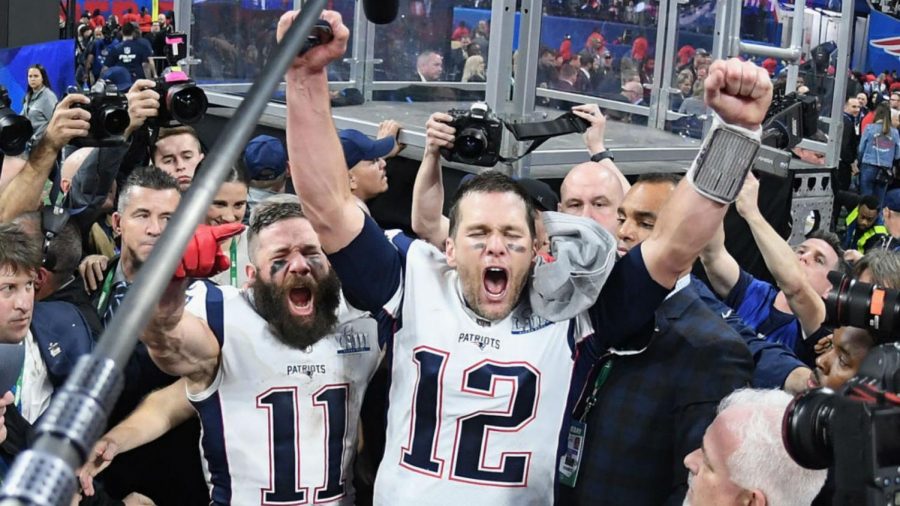 For nearly 60 years, the most talented football players in the world shine brightest on the biggest stage, the Super Bowl.

All eyes will be on SoFi Stadium this Sunday when Super Bowl LVI kicks off at 6:30 pm.

As we prepare for a Super Bowl matchup between the Cincinnati Bengals and Los Angeles Rams this weekend, here is a list for the top five Super Bowl games of the decade.

Super Bowl 50 consisted of a matchup between Hall of Fame QB Peyton Manning and 2015 NFL MVP Cam Newton. At the time, Manning was a shell of his former self and would retire the week following the Super Bowl victory.

The final score of the game doesn’t tell the full story.

The highlight of the game was the fast pass rush of Denver’s front seven. Von Miller won Super Bowl MVP after 2.5 sacks and two forced fumbles, including a strip-sack on Cam Newton that resulted in the game’s first touchdown.

With Denver leading 16-10 with under five minutes remaining, Miller forced his second fumble on the Panthers’ four-yard line, setting up a Denver victory.

Although this game lacked the offensive flair that Super Bowls tend to provide, the scrappy defense allowed it to be a game for the ages.

No game in Super Bowl history has been as back and forth as Super Bowl LII was in 2018.

The Eagles and Patriots combined for 1,151 yards of total offense — the most in any NFL game ever, regular or postseason.

Eagles quarterback Nick Foles supplied his team with the game of his life, throwing for 373 yards, three touchdowns, and a win — cementing him as the Super Bowl MVP.

The high-scoring affair resulted in 74 combined points, just one point shy of the record for the most total points in a Super Bowl. Nick Foles found tight end Zach Ertz in the endzone right before the two-minute warning to ensure the Eagles’ victory.

Going into the big game, the Kansas City Chiefs were the overwhelming favorite by analysts and NFL fans nationwide. The Chiefs were coming off of two dominant playoff victories against the Texans and Titans following a 12-4 season, giving them a first-round bye.

San Francisco dominated this game on both sides of the ball up until the fourth, going into the quarter with a 10 point lead.

With hope nearly lost on 3rd & 15, down 10 points midway through the fourth quarter, Mahomes launched a deep ball to Tyreek Hill giving Kansas City momentum which led to a comeback.

Three touchdowns in the final seven minutes of play sealed the victory for Kansas City, leading to their first Super Bowl in 50 years.

In a back and forth affair, Super Bowl XLIX saw the Patriots overcome a 10-point deficit in the fourth quarter to take a 28-24 lead with two minutes remaining.

This game is best remembered for the Seahawks’ last play at the game’s climax. Seattle threatened to score a game-winning touchdown from New England’s 1-yard line, but Russell Wilson was intercepted by Patriots cornerback Malcolm Butler in the final seconds.

Seahawks head coach Pete Caroll’s decision to pass at the one-yardline instead of giving All-Pro running back Marshawn Lynch the ball is considered one of the worst play calls in NFL history.

Super Bowl LI saw multiple NFL records broken and is the first and only Super Bowl to ever be decided in overtime.

The Falcons got out to a hot start led by the league’s best offense and MVP quarterback Matt Ryan. Atlanta scored three consecutive touchdowns to take a 21-3 lead by halftime, a lead that turned to 28-3 in the next quarter.

Tom Brady guided the Patriots to their fifth ring in jaw-dropping fashion, rallying his team back from down 28-3 for a thrilling overtime victory. Brady would throw for 466 yards and two touchdowns. The Patriots never led the game during regulation.

Brady would win Super Bowl MVP honors for the fifth time in his career, the most by any player in history.