Power universe wraps up one season and premieres another 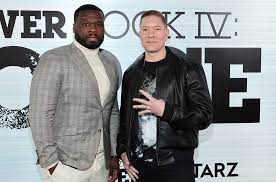 After ten episodes of the jaw-dropping drama, season two of Courtney Kemp’s and Curtis “50 Cent” Jackson’s “Power Book II: Ghost” has come to an end and the highly anticipated series “Power Book IV: Force” has made its debut.

The season finale of “Power Book II: Ghost” aired on Feb. 6 on STARZ. The hour and 15-minute event came with plot twists, shocking deaths and the return of old characters

Season two followed Tariq St. Patrick, played by Michael Rainy Jr., as he managed to run his drug business, fighting for custody of his little sister, Yasmine, being an honors student at an Ivy League college and also facing a double-homicide charge.

Throughout the season, it was hard to tell how it was going to end for Tariq, especially with him focusing on many different issues.

Tariq began the season trying to get custody of his sister from his grandmother due to her relapsing alcohol addiction. In addition to this struggle, throughout the season he tried to keep his friend Zeke, played by Daniel Lee Bellomy, from going to prison for a murder he did not commit.

After Tariq won custody of his sister, he was soon after arrested for the murder of a police officer and his professor.

With the help of his best friend and business partner, Brayden, played by Gianni Paolo, Tariq was acquitted of the charges for both murders and regained custody of Yasmine.

By the end of the season, Tariq expressed wanting to move on from the drug business but quickly realized that would not be able to happen so soon.

The events of the finale foreshadow what viewers can look forward to in season three as Tariq has to continue his life in the drug business and work with Monet, played by Grammy award-winning singer Mary J. Blige, and the Tejada family.

Many viewers believed the finale was predictable and seemed to make sense in the plot of the show.

“It was good. The ending was destined to happen,” senior elementary education student Desirae Harris said.

The power universe continues with the fourth installment of the series “Force” starring Joseph Sikora as Tommy. He reprises his role from the original “Power” series.

The show has quickly become the top STARZ program as its premiere episode gathered 3.3 million viewers across platforms, according to The Hollywood Reporter.

“For the Tommy spin-off, I’m interested to see how he acts without Ghost because they worked best together,” junior business management student Sean Best said. “I wonder if any of Tommy’s quick actions will hurt him and make him wish he had Ghost to depend on.”

Viewers anticipate seeing how Sikora’s character will build a drug empire in Chicago after leaving New York City and are anxious to see if it will be successful.

“I’m ready to see how he’s going to operate and conduct a new team,” Johnson said.

“Ghost” has been renewed for season three and filming is currently underway. New episodes of “Force” are available every Sunday on the STARZ streaming app.