May is for Mental Health Awareness 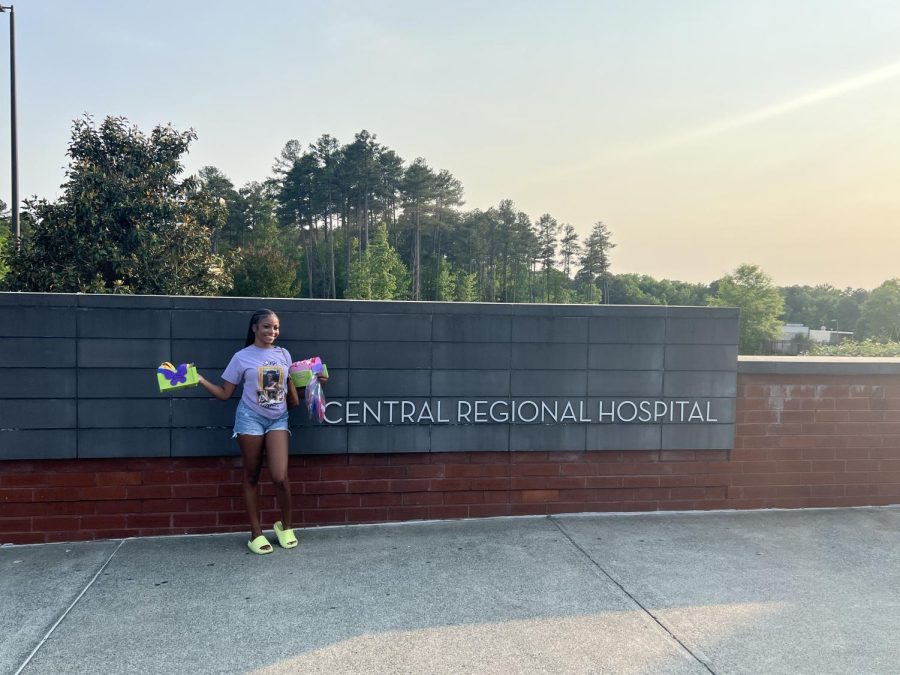 Mental health issues are at an all-time high, and senior criminal justice student Leah Powell figured out how she can impact those who suffer from them.

Powell founded Rai-Z-ing Awareness in honor of her best friend, Zaniyah Griffin, whom she lost to mental health in August of 2020. In support of Mental Health Awareness Month, Powell held her first event at the beginning of May to create notes of affirmations for a psychiatric hospital in North Carolina.

“Zaniyah’s death, although it was very hurtful, it was something that I had to overcome and work through,” Powell said. “I feel like it opened my eyes to underlying issues that occur in the black community.”

According to SAMHSA’s 2018 National Survey on Drug Use and Health, sixteen percent (4.8 million) of Black and African American people reported having a mental illness, and 22.4 percent of those (1.1 million people) reported a severe mental illness over the past year. Since then, numbers have continued to increase.

“Mental health is not really talked about as much, and I wanted to bring awareness to this cause being as though it’s a lot of young people losing their lives because they don’t have the outlet or they don’t have the support they need in order to overcome these trials and tribulations,” Powell said.

The words of affirmation event took place on May 3rd and May 5th. The event allowed students to gather on campus and write affirmations on cards for psychiatric patients from ages five to 64.

The butterfly cards signified transitioning into adulthood for the kids, while the heart cards represented love and comfort for the adults.

Those who couldn’t contribute in person had an option to do so virtually through a form.

“Ideally, I would imagine the patients being able to pick from the bins if they’re having a bad day and need some reassurance,” Powell said.

The event was successful, from student engagement throughout campus to family and friends who contributed virtually. As a result, over 200 affirmation cards were created and delivered to the Central Regional Hospital located in Butner, North Carolina.

“I believe we, as a Black community, need to change the standard. We need to normalize our mental health and help people acknowledge what we’re going through and the steps that need to be taken,” senior sports science and fitness management student Jordyn Foster said.“The Rai-Z-ing Awareness event demonstrated to people that they are valued and loved. That we need them here with us.”

Words of affirmation were created to boost both one’s positive perspective of themselves and their confidence in their ability to reach their goals. They are small gestures that can significantly impact a person’s mental state.

“As a Black community, we need to do better with helping each other and loving each other to ensure everyone is okay and in a stable place of mind,” Foster said.

Powell does not plan to stop here, as she wishes to grow her organization and impact hundreds of lives. She has proved her commitment to the mental health movement and will stop at nothing to make her best friend proud.

“My end goal is to decrease the rising numbers of suicide rates and just to make it a more comfortable conversation in our community,” Powell said.

Not only is Powell dedicating this movement to her best friend Zaniyah, but she also wants to encourage others to take action against mental health issues.

Implementing this organization has taken her out of her comfort zone and will pose challenges, but she will overcome them, and it will be worth it.

“There are people you wouldn’t even imagine going through something, so my plan is just to save as many lives as I can and bring as much awareness as possible,” Powell said.