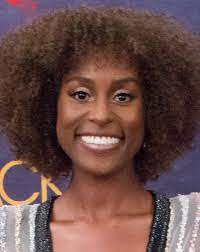 Writer, actress and producer, Issa Rae has added another HBO Max comedy to her roster with her show Rap Sh!t.

Over the summer, the show became available for streaming on July 12, 2022, and continued for eight episodes. Rapper KaMillion and Comedienne Aida Osman star as the two main characters in the series. The 30-minute program is set in Miami and is also filmed on location.

Issa Rae loosely based the show on the rise of the Miami rap group, City Girls, who are also executive producers of “Rap Sh!t.” The storyline follows two high school friends who reconnect in their twenties and spontaneously decide to start a music duo.

Season one takes viewers through the highs and lows of the characters, Shawna and Mia, as they try to break down the doors of the music industry.

“I like how the show is very different from Insecure but you can still tell it’s Issa Rae’s show,” senior biology student Maliyah Forsythe said. “Most times I don’t even watch tv but this show is so funny and relatable I can’t miss an episode.”

One of the elements of the series involves the use of social media by switching scenes through the lens of an Instagram live or FaceTime emphasizing how it is a major tool for the characters.

In an interview with Bazaar, Rae stated, “When I think about so many of the female rappers that we see today, and even just the music industry as a whole, social media is such a huge part of that come-up.”

Rae began producing the show in 2019 and HBO Max decided to greenlight the series in 2021 and ordered an eight-episode season. Filming began in August 2021 and ended November 2021. The series initially debuted June 18, 2022, at the American Black Film Festival.

The season finale aired Sept. 1, 2022, and ended with a shocking cliffhanger seeing viewers up for season two.

“I was so shocked at the end of the last episode. I knew it was bound to happen but I was still stunned just because I feel like it all happened so fast,” Forsythe continued.

Issa Rare announced via Twitter the comedy series was renewed for season two on Sept. 12, 2022. The main cast will return for the next season.

Seduced and Schemed another season of RAP SH!T… #RapShit pic.twitter.com/XHfZEJJ3fG

The show also has an accompanying podcast on Apple Podcasts and Spotify called “Chat Sh!t” hosted by Jessie Woo and Zach Campbell where they recap each episode.

All episodes are available for streaming on HBO Max and YouTube with live TV.